Xbox Confirms Some Bethesda Titles Will Be Exclusive, But Not All 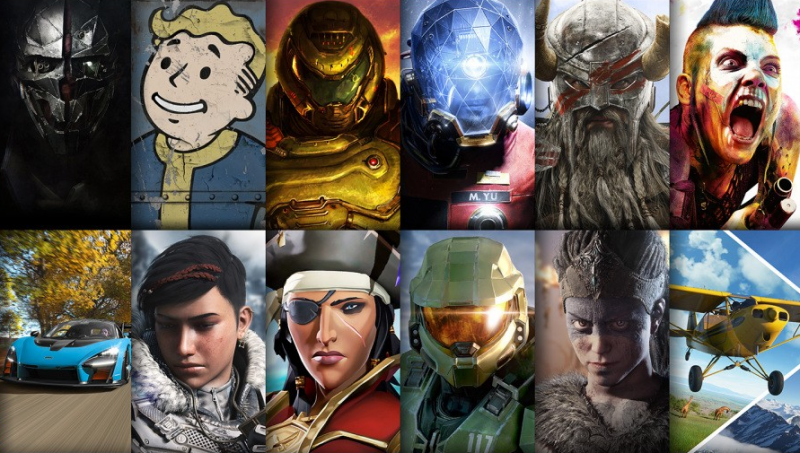 When Microsoft announced it was acquiring ZeniMax, the parent company of Bethesda, many gamers were worried about what that means for some of their favorite franchises. Now that the acquisition is official, the Xbox company has given players an insight into what this move means for Bethesda games.

“With the addition of the Bethesda creative teams, gamers should know that Xbox consoles, PC, and Game Pass will be the best place to experience Bethesda games, including some new titles in the future that will be exclusive to Xbox and PC players,” reads the latest blog post.

Microsoft has been closing the gap between console and PC for years now, but that move has made a greater impact more so in the last 18 months with the inclusion of Steam as a client. With Halo potentially winding down in its lifespan, which will be heavily dependent on Halo Infinite’s reception, it would be the smart move to make titles like Starfield be an Xbox-only experience to potentially be a new flagship franchise.

We previously wrote a detailed analysis of what the move could mean for new IPs like Starfield and Deathloop versus established franchise like Fallout and The Elder Scrolls. In that analysis, pulling from a heavy background in business and seeing the moves Xbox has been making in recent years, we extensively spoke about why we thought games like Starfield would be exclusive whereas titles like The Elder Scrolls 6 would not (or at least, would be timed). In the “Welcome, Bethesda” message from Microsoft, it looks like this path forward may be the one the mega-company decides to go with, at least looking at the small nod to what the future will bring.

Regarding Doom, Fallout, The Elder Scrolls, and Wolfentein — with a heavy focus on Fallout and Elder Scrolls — these are player bases that are monumental with a deep-rooted preference for a platform of choice. Five years ago, Xbox would have lept at the change for exclusivity, as they should. But Microsoft’s current marketing strategy is removed from hardware limitations, instead focusing purely on intangible core goals that reside in the services realm like Xbox Game Pass and xCloud. Because of that, they have a freedom that Sony doesn’t have because Sony is continuing on with the traditional gaming metric of hardware sales. And there is nothing wrong with that, at all, but that marketing mindset is inline with scoring as many exclusives as possible, and that’s a marketing mindset that Microsoft currently is not in.

Because of this, Xbox has the space to be able to be a bit more strategic with its exclusives than any other company out there. While many will be upset with Starfield’s potential exclusivity, that wouldn’t hold a candle to the backlash of beloved franchises like Elder Scrolls and Fallout, especially when messaging for the past year going into the new generation has been that “gaming is for all.”

Xbox exec Phil Spencer has also stated that exclusivity will be a case-by-case basis, which also puts a little more weight behind the decision to make certain titles beholden to Xbox while others remain free. The company has also confirmed that pre-agreed platform availability, such as with Deathloop, will be honored for players to enjoy.

Now that the acquisition is official, the Xbox future continues to be a bit brighter. The Xbox One generation hurt Microsoft’s place in the gaming community with its lack of titles and seemingly lack of focus, but Spencer has been doing a phenomenal job at being transparent and making the right moves to ensure that this new generation has something to offer. With more studios means more projects in the work. While that takes time, this is a good start for the Xbox Series X going forward.

‘Some’ Bethesda Games Will Be Xbox/PC Exclusives Under Microsoft