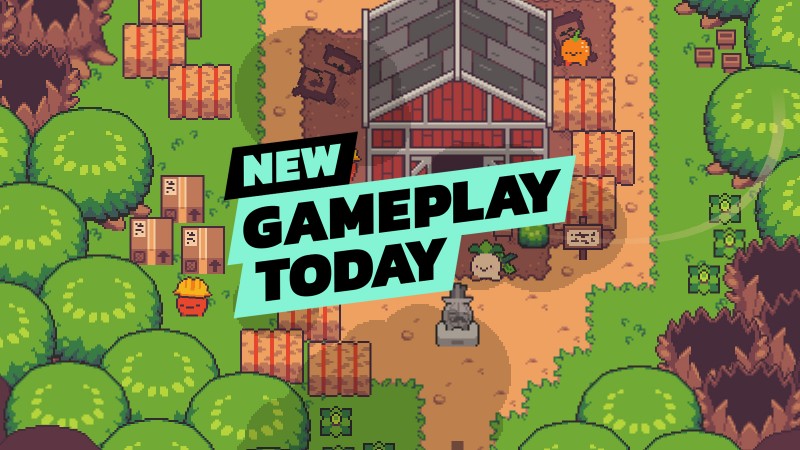 Turnip Boy Commits Tax Evasion is a 2D action-adventure game about a troublesome root vegetable that has a penchant for ripping up legal documents and generally causing mischief around town. This recently released pixel art game, independently developed by Snoozy Kazoo and published by Graffiti Games, tasks you with solving “plantastic” puzzles, collecting new weapons and equipment, running errands for townsfolk, and eliminating massive beasts – all in the name of paying off Turnip Boy’s taxes to a corrupt vegetable government.

On this episode of New Gameplay Today, join Alex Van Aken, Marcus Stewart, and Ben Reeves as they complete the first major quest from Mayor Onion, who Turnip Boy is indebted to, which culminates in an epic boss fight against the mighty Pig King! Like many of the boss fights in the game, the crew has to utilize a number of mechanics to effectively take down the gargantuan hog.

Interested in checking out Turnip Boy Commits Tax Evasion after watching this video? We recommend it if you’re a fan of 2D games like Moonlighter, The Binding of Isaac, or The Legend of Zelda: A Link to the Past. And if you’re a fan of irreverent humor from games like Borderlands or Undertale, then you’ll be right at home with this cute little gem. If you enjoyed this episode, then be sure to watch previous episodes of New Gameplay Today and leave a comment down below about which upcoming video game you’d like us to cover next.

Skull and Bones Delayed Yet Again to 2022