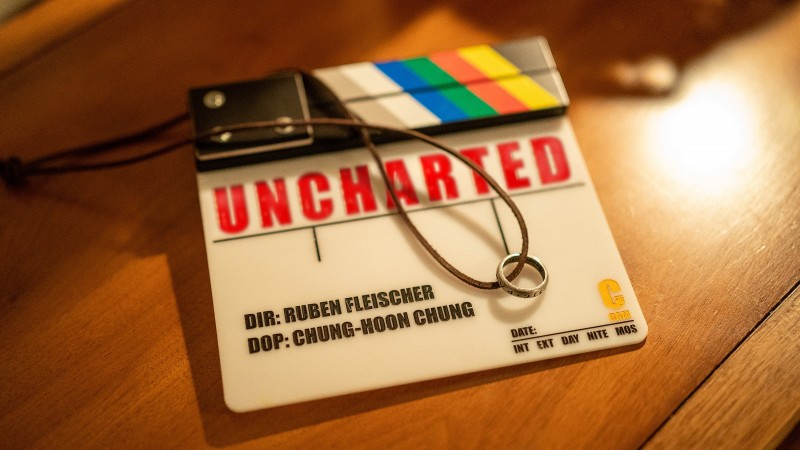 Despite the earlier confirmation that the Uncharted movie starring Spider-Man’s Tom Holland as a much younger Nathan Drake wrapped up filming back in October 2020, the upcoming film adaptation has seen a lengthy delay before its release. No longer slated for March 2021, the new anticipated release date has been pushed back to 2022.

Tom Holland and company have been providing steady updates about the upcoming film, all presenting the picture that everything was right on schedule. Barring that, there is still an ongoing pandemic, which has been throwing complications into the mix across almost all entertainment industries (including games).

The new release date for the Uncharted film is slated for February 11, 2022, though the official movie’s social accounts all say simply 2022. Geoff Keighley first broke the news via Twitter, but the info has since been corroborated by the leading entertainment sites within the film industry like The Hollywood Reporter and Deadline.

The Uncharted movie has been pushed back from this July to Feb. 11, 2022. pic.twitter.com/A2ZP8DjDTp

As for the movie itself, the upcoming Uncharted adaptation is a prequel to the games we love so much, centered on Nathan Drake in his early 20s and highlighting his evolution into the adventurer we all know and love today. We recently sat down with Nolan North, the voice actor that brought Drake to life in the games, and we asked him how he felt about the casting choice and if he thought that the prequel narrative would help fans better understand the iconic character. North was impressed with what he saw during his on-set visit late last year, saying “It was such a great idea to reveal Drake’s adventures in his 20s rather than rehash an existing storyline that fans have already played.”

When Holland was revealed to be the pick for the Uncharted film, many were skeptical about his role until it was revealed that it was a prequel movie. While there were some doubts still, that perspective made it easier to envision our beloved Spider-Man as a younger version of the great Nathan Drake. Public opinion further pivoted into a more positive space when we saw our first look at him all suited up (not that suit), and from there it was much easier.

For now, the Uncharted movie is set to launch globally on February 11, 2022. Thoughts on the delay? Thoughts on the film as a whole? Shout them out loud and proud in the comment section below!