The Witcher: Old World Is a New Board Game Set Before Geralt’s Career

CD Projekt Red is co-publishing The Witcher: Old World, a board game from Go On Board that explores the world of The Witcher in the years before Geralt took up his sword.

Designed by Łukasz Woźniak (creator of Titans and Valhalla), the deck building game supports between two and five players. It’s set around a competition between Witchers, with each player aligned to one of the five Witcher schools: the Wolf (sword combat), the Griffin (magic), the Cat (speed), the Bear (defensive), or the Viper (poison). 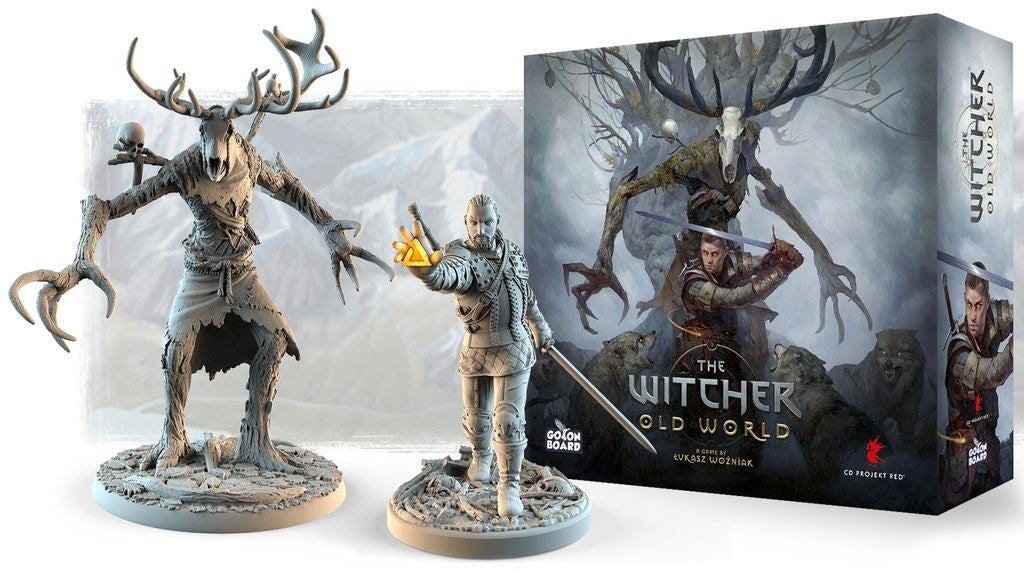 Players are provided with a deck of ten cards suited to their chosen school, which include attacks, blocks, dodges, and magical Signs, which are used in combat encounters. Killing monsters will provide players new cards to add to their deck, gradually building the ability to play powerful combos.

Players are able to embark on a variety of quests that will reward both cash and renown. Success in quests is important, as the first player to earn a certain amount of trophies will be crowned the winner. The competition between players will also result in fights between rival Witchers.

It wouldn’t be a Witcher game without tests of your moral fibre, so there are also narrative decisions to make as the game progresses.

BoardGameGeek reports that The Witcher: Old World will be launched through Kickstarter, as is often the case with a great deal of modern board games. The funding campaign is set to be launched in May, with an April 2022 window targeted for full release. The first images of the game show that it will come with at least two miniatures; a Witcher casting Igni and a wendigo. The full opening of the Kickstarter should reveal the full contents of the box.

For more on the video game side of The Witcher, take a look at the news of CD Projekt being held to random over stolen Witcher source code.