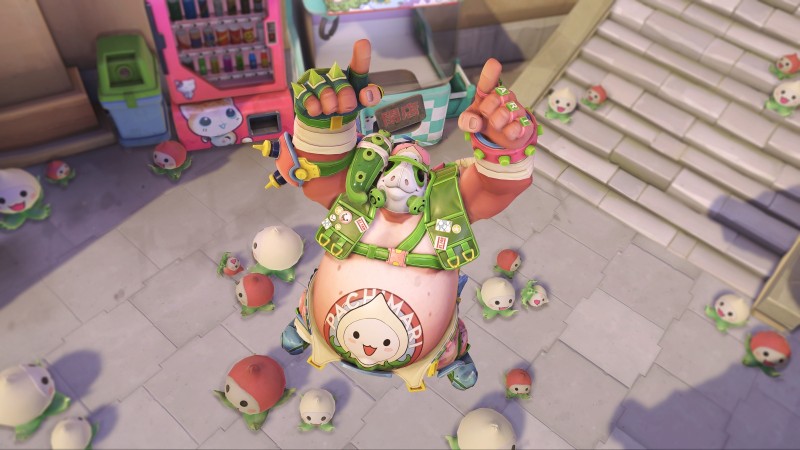 For those players who somehow haven’t noticed, Pachimari is the onion-meets-octopus mascot plastered all over Overwatch maps. You’ve likely punched a plushy or two of it off a table before matches. It’s kind of a big deal in Overwatch lore, appearing in several in-universe films and other products. Now it’s got a challenge to its name too. 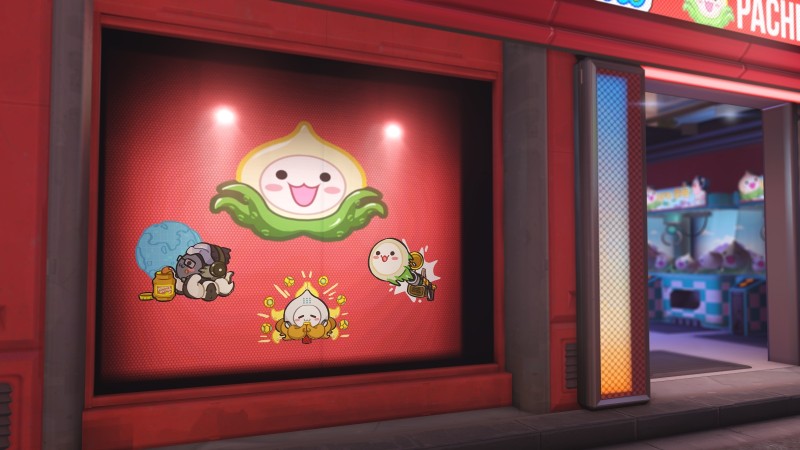 The cream of the crop for Pachimarchi Challenge prizes is a new Roadhog Pachimari Epic Skin (pictured above) which turns the big guy into the world’s largest Pachimari fanboy. Simply logging in during the Challenge rewards 6 new sprays, but the other prizes require players to rack up wins during matches. Blizzard has broken down how exactly how many victories players will need to earn the following rewards:

The modes themselves seem to be the same save for perhaps the raining Pachimari plush toys from the teaser. It’s not clear if that’s something that will actually occur during matches or not.  All in all, much like the Kanezaka Challenge in January, the Pachimarchi Challenge seems like a small but fun update designed to keep players engaged with Overwatch in place of a new hero and as Overwatch 2 crawls (and I mean crawls) ever closer. If you want to learn more about what that game has in store, check out this breakdown of its features from BlizzConline a few weeks back.

For more on BlizzConline, you can watch the Game Informer editor’s live reaction to the event’s opening ceremony here. Let us know in the comments if you’ll be logging in to chase that Roadhog skin and what you’ve thought about the recent Overwatch challenges.