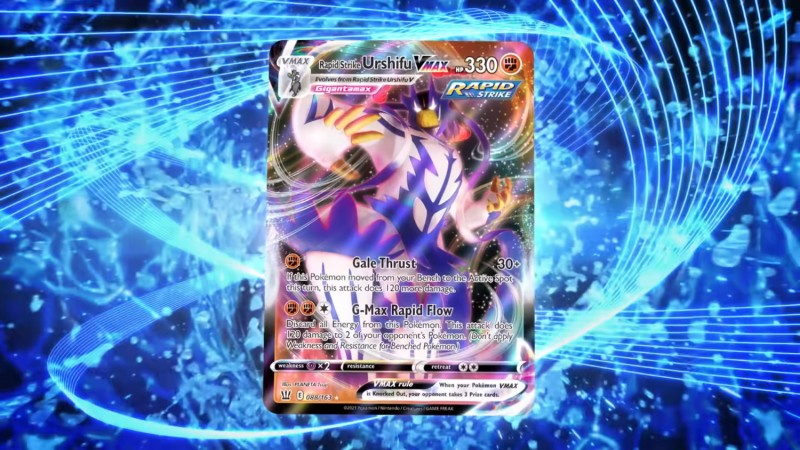 The newest Pokémon Trading Card Game expansion pulls direct influence from the 2020 Pokémon Sword & Shield expansion, The Isle of Armor. Focusing in on the fact that Kubfu, the Legendary Pokémon introduced in that expansion, can evolve into one of two different forms of Urshifu depending on how it’s trained, the new Battle Styles expansion introduces Single Strike and Rapid Strike variants on both Urshifu, as well as other established Pokémon from the series.

This new expansion adds more than 160 new cards to the always-growing Pokémon Trading Card Game, including 12 Pokémon V and six Pokémon VMAX. As mentioned before, you can expect Single Strike variants for Pokémon like Emboar and Primeape and Rapid Strike versions of Pokémon like Mienfoo and Octillery. These versions grant added abilities that play into the Isle of Armor expansion, where Single Strike is about delivering one powerful attack, while Rapid Strike is about speed and hitting enemy weaknesses. We were sent a bunch of booster packs by The Pokémon Company to see which new cards we could pull.

You can see a gallery of the coolest and best cards we pulled from the new Pokémon Sword & Shield – Battle Styles expansion below.