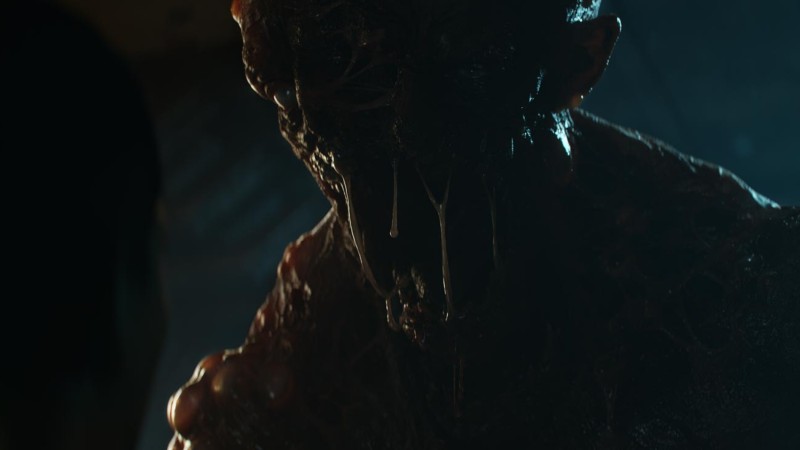 Striking Distance Studios, the team behind upcoming horror game The Callisto Protocol, has partnered up Skybound Entertainment, the media company headed by The Walking Dead creator, Robert Kirkman. The partnership means Skybound, a company that’s no stranger to promoting horror media, will assist in marketing and distribution with hopes that the game has the potential to perhaps grow into a broader multimedia franchise.

Skybound is known as the company behind all things The Walking Dead, but it has expanded into gaming with Skybound Games. When Telltale Games collapsed in 2018, the publisher picked up the pieces of the then in-progress The Walking Dead: The Final Season and finished the remaining episodes with help from members of the original development team. While Skybound also helps distribute games such as Slime Rancher and the enhanced Baldur’s Gate titles, The Callisto Protocol is the biggest blockbuster it has attached itself to yet.

“The team at Striking Distance Studios are the video game industry’s best at creating blockbuster games,” said Kirkman. “Through Skybound, The Walking Dead has expanded from its original comic book to multiple television series, books, video games, merchandise, and more, and we can’t wait to explore similar possibilities for The Callisto Protocol with Skybound’s multi-platform expertise. We’re excited to be working on this IP alongside the game’s publisher, Krafton.”

The Callisto Protocol turned heads when it debuted during the 2020 Game Awards. The terrifying looking game is a third-person sci-fi horror adventure set on a prison colony located on Jupiter’s moon, Callisto, in 2030. Perhaps the wildest aspect of the game is that it’s actually set in the same universe as PlayerUnknown’s Battlegrounds (the two games share a publisher, Krafton, founded by PUBG developer Bluehole), though Schofield has said there will be little connection between the two games outside of a few small references. You can check out The Callisto Protocol’s grisly debut trailer here as well as its uncensored red band version trailer here.

Destiny 2: Season of the Chosen Has Arrived on Xbox