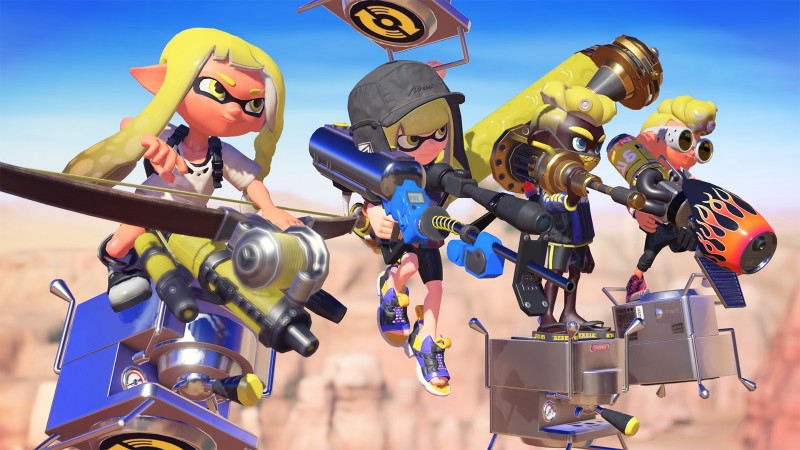 Nintendo closed today’s Direct presentation with the reveal of Splatoon 3. The third game in the popular multiplayer series will make its splash some time in 2022.

The game debuted in an uncharacteristically mute trailer. Instead of immediately flooring fans with a catchy, upbeat soundtrack and some “fresh” attitude, we see the inkling girl alone in a desert wasteland in what appears to be the new character creator. After the player chooses their inkling’s appearance (as well as her fishy sidekick’s), she picks up her bow-like weapon and takes a side-scrolling romp across the ruined landscape. After catching a bus, she eventually reaches the city and the Splatoon vibes kick in big time.

We don’t know exactly what Splatoon 3 entails, but the trailer provides quick glimpses of gameplay including new maps and weapons (such as the bow and a transforming crab robot). One interesting observation is the team’s beginning of matches on floating platforms and teleporting down instead of starting on the map itself. Who knows what that’s all about, but we’ll hopefully get an explanation in the coming months.

Splatoon 2 launched on the Switch back in July 2017 and its well-received Octo Expansion launched in June 2018, so the time seems right for an all new adventure. The series has proven to be a bonafide staple of Nintendo’s library at this point, what with soon to be three entries and the Inkling’s appearance in Super Smash Bros. As a fan, my primary hope is that the online component, specifically partying up with friends and the availability of Salmon Run (should the mode return) are much more streamlined this time around. I should know better than to ask such things of Nintendo but someone has to, right?

Are you excited for Splatoon 3 and what changes or improvements would you like to see in it? Let us know in the comments!

Stubbs the Zombie Makes His Triumphant Return to Xbox This Spring