Facepunch Studios has added a new Softcore mode to Rust aimed at a more casual player base.

“A major part of Rust has always been its hardcore, ruthless PvP and will continue to be,” Facepunch Studio’s blog post about the new game mode reads. “But we’re aware that some players want a less brutal experience. Introducing Softcore mode — a new game mode in Rust, aimed at more casual players. Don’t worry, the majority of our servers will still be regular vanilla Rust (hardcore).”

When players are killed in this new mode, half of their inventory can be reclaimed by them at either the spot of their death or at a reclaim terminal, which can be found in Bandit Town and at the Outpost. Players can now spawn at those two locations at any time, provided they’re not flagged as hostile, and now they can only view the contents of a wounded player. The maximum team size has been changed to four, as well, in order to stop large groups of players terrorising individuals. 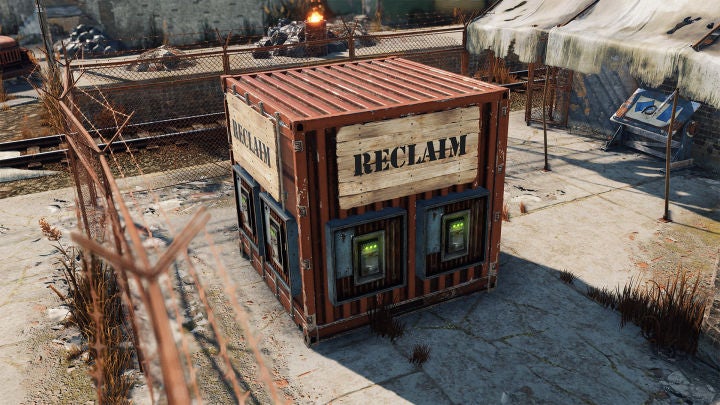 The update is already live, and this new mode can be found on 10 new servers that launched alongside it. Facepunch Studios says this is just the start of Softcore and that it “will continue to iterate and improve on it moving forward.”

The move may well have come about because of Rust’s recent major uptick in players, seven years after its initial release, after a group of high-profile streamers began to play the game together on a private server started by Offline TV. This led to new popularity for the already-popular survival game and the game saw over 1.3 million concurrent viewers on Twitch in January and nearly 250,000 concurrent players, according to the blog post. While this new Softcore mode is aimed at the “more casual players,” it seemingly doubles as a mode great for players new to the game.

Wesley LeBlanc is a freelance news writer and guide maker for IGN. You can follow him on Twitter @LeBlancWes.