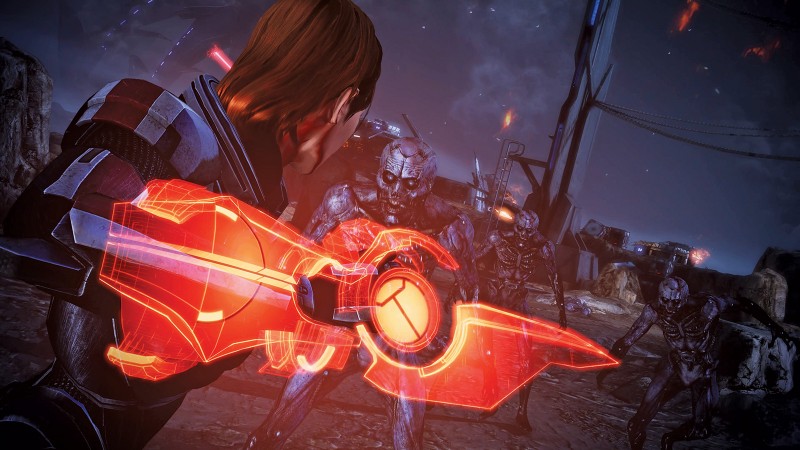 It’s almost time, Commander Shepard fans. The Mass Effect Legendary Edition is nearly here, equipped with all of the game’s story DLC and enhancements to bring it into a new generation of gaming. It’s a great chance for those that missed out to see what all of the fandom buzz is about, and it’s a phenomenal excuse for longtime fans to hop back onto the Normandy to revisit a beloved favorite. That being said, there is a potential day one patch that the PlayStation servers have leaked early.

The possible Mass Effect Legendary Edition day one patch was first spotted by Twisted Voxel over on OrbisPatches and it shows what one would expect from a day one update. Visual improvements, lighting tweaks, stability, and targeted performance changes can all be seen, which is a little odd given that is the entire point of the remaster to begin with. When the trilogy first released, it was no stranger to bugs and glitches. Remember that massive Shepard head glitch in Mass Effect 2 where they went to talk to Garrus and that big ‘ol head could barely make it through the door? Or the weird exorcist head spin that happened any time you talked to Liara in her quarters in Mass Effect 3? There were a ton of glitches, but not really game-breaking.

As for the Legendary Edition, it looks like BioWare is looking to make this release as smooth as possible. Is the day one patch really needed? We don’t know. We don’t even know if it’s really happening; BioWare has yet to make a mention of the leak, though a confirmation will be here soon enough either way.

According to the patch notes, the day-one update for Mass Effect Legendary Edition will come in at 11.8 GB. In an age where many day-one patches are almost the size of full games (looking at you, Cyberpunk 2077 43 GB update), the 11.8 GB is almost considered tiny. Almost.

As part of our cover story last month, we dove in deep into what the Mass Effect Legendary Edition will have to offer players. From Mako tweaks to character improvements, there is a lot to look forward to for returning players. For newcomers to the trilogy’s adventures, the ability to play all three games as they are meant to be played (thanks to the included DLC) is an exciting first step into a fandom that continues to be passionate to this day.

To learn more about Mass Effect Legendary Edition, check out our exclusive game hub here. From no multiplayer to lost code that can never be recovered, we asked it all.

Epic Games vs. Apple Court Hearing, How To Listen In On The Trial