Microsoft has announced the Xbox Wireless Headset, a new headset for Xbox consoles including the new Series X and S.

The black-and-green over-ear headset has a retractable microphone, PU leather earcups, and a metal inner headband. The edges of the earcups are rubberised rotary dials, used to adjust the volume and game/chat audio balance. The overall aesthetic has been designed to be “intentionally understated” to allow it to blend into its surroundings alongside the Xbox Series X/S console. 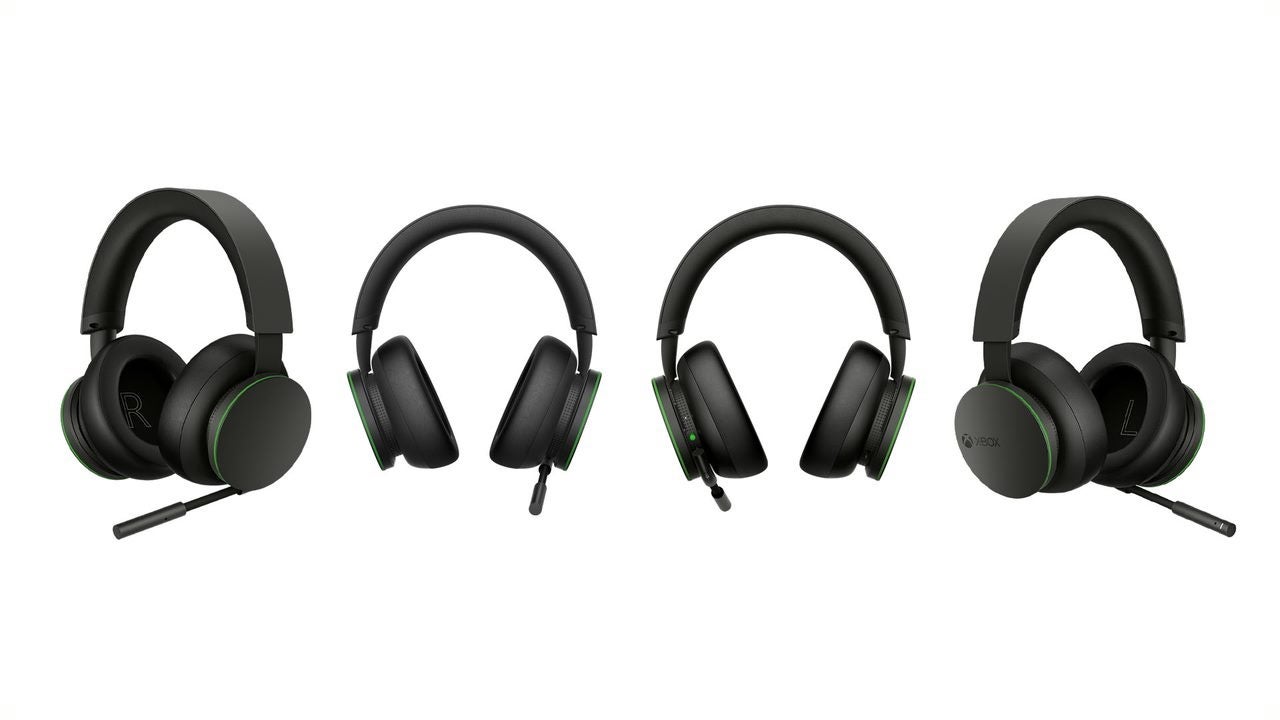 At $99.99, it will retail at a similar price point to many gaming-focused headsets, and is the same price as Sony’s equivalent Pulse 3D headset for PlayStation 5. Similar to the PS5, the Xbox Series X/S has dedicated custom audio hardware to allow for spatial audio over headphones. The new Xbox Wireless Headset supports Windows Sonic, Dolby Atmos, and DTS Headphone: X, the trio of 3D audio systems available on Xbox.

While the headset comes in the wake of the Xbox Series X/S, it is compatible across all of Microsoft’s supported devices, and so will work with Xbox One and Windows 10 PCs, too. The headset uses the Xbox Wireless technology system to connect to Xbox consoles without needing a dongle, and can pair with a phone or PC over Bluetooth.

The headset can also simultaneously pair with a phone and a console. This, for example, will allow you to play games on your Xbox while chatting to friends on Discord using the same headset, which is perfect for cross-platform play.

On the microphone side, the headset uses dual beamforming microphone elements to pick up your voice rather than surrounding and background noise. Voice isolation tuning also helps you fine tune how much ambient noise the microphone picks up. There’s also an optional auto-mute function that turns your microphone off when you are not speaking. Active and mute states are indicated with an LED light.

The Xbox Wireless Headset will be available from March 16 in “most” markets, with pre-orders available from the Microsoft Store and some other retailers today.

For more from Xbox, check out the latest episode of our dedicated Xbox show, Unlocked.