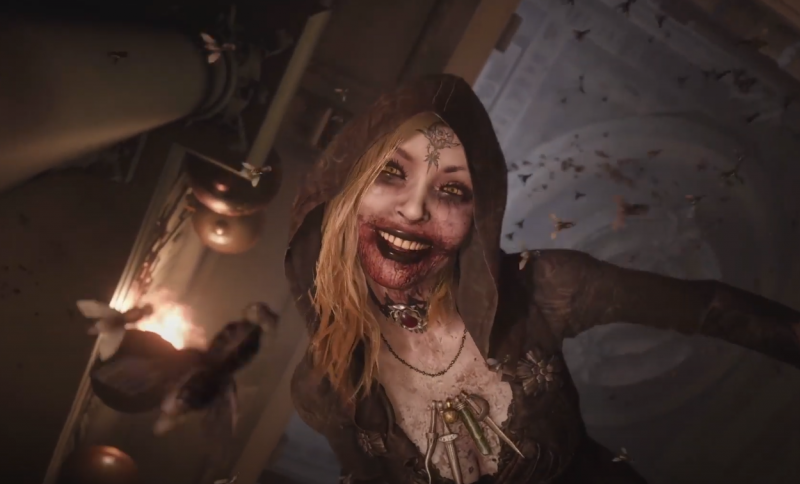 Alongside a brand new trailer for the upcoming horror adventure Resident Evil Village, Capcom has also shown off some intense gameplay revealing what fans can expect from the newest entry. From crafting to the return of the Merchant, here is our first extended look at Resident Evil Village gameplay.

The latest look at Village shows off Ethan Winters, who first appeared in Resident Evil 7, once more as the protagonist as he dives deep into horrors untold alongside a giant vampire lady that half the internet has fallen in love with.

Also shown off in the video below is the new game’s crafting system, allowing players to craft items having to do with first aid as well as ammo. The crafting is one part of the inventory system shown off, inventory that can become much better with the help of the Duke. You can see the gameplay at the 5:40 minute marker below:

The Duke is what the returning Merchant is called in Resident Evil Village but with an all-new look. A robust man with inventory players will want to take advantage of, the Duke will be encountered many times throughout the progression of the game for players to buy and sell weapons, crafting items, and other miscellaneous odds and ends.

Horror fans will also be able to smash things to their heart’s content while getting their inner Leon Kennedy on in a bid to find hidden items. Punching things to oblivion will also offer a few surprises, including sprinkled side objectives throughout the game.

From the giant vampire lady to the swarms of bugs and hungry foes, the latest look at Resident Evil Village feels like a love letter to long-time fans of Capcom’s iconic franchise. With the 25th anniversary of the game kicking off this year, Village is shooting to be an experience that captures the past and the future of a beloved series.

As for the game itself, Resident Evil Village arrives on May 7, 2021 for PlayStation 5, Xbox Series X/S, PlayStation 4, Xbox One, and PC players.