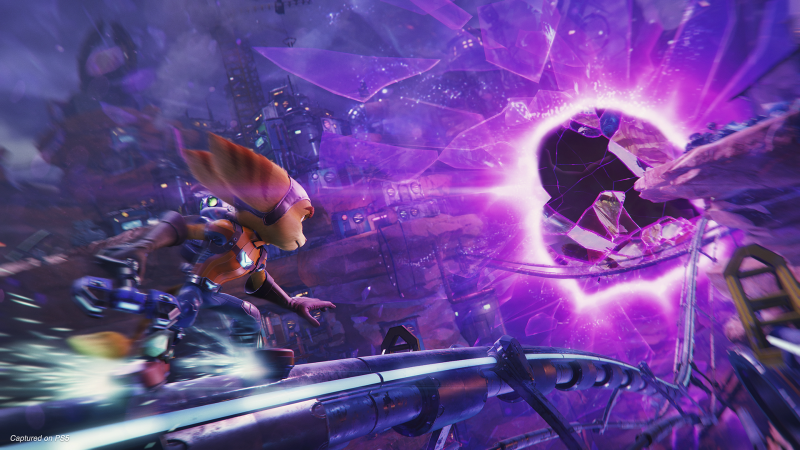 A new PlayStation State of Play event is happening soon and promises to showcase more indies and a closer look at Ratchet & Clank: Rift Apart gameplay. Rift Apart will be the main focus on the latest Sony showcase, but that doesn’t mean it’s the only thing that players can look forward to.

This week’s PlayStation State of Play is set to go live this Thursday on April 29 at 2pm Pacific / 5pm Eastern. It will feature over 15 minutes of new Ratchet & Clank: Rift Apart gameplay to enjoy. As for what else will be shown, we don’t know specifics, we only know that a few indie titles are a part of the latest showcase.

Ratchet & Clank: Rift Apart has a lot of longtime fans excited, especially with the inclusion of a brand new character: a female Lombax. The newest character has been a mystery since her reveal, but Insomniac Games has recently revealed her name to be Rivet. Knowing more about her is key, especially since the studio has previously confirmed that Rivet will be a secondary playable character. It’s likely that the gameplay will focus entirely on her given the recent spotlight but on the newest character recently, though either way we’re excited to learn more about what’s next.

Rift Apart will challenge players to go dimension-hopping as these iconic characters take to yet another evil: an emperor from another reality. With PlayStation 5 visuals and an impressive arsenal at the ready, Ratchet & Clank: Rift Apart is poised to be another hit for Insomniac Games’ mainstay franchise.

What has you the most excited about the upcoming PlayStation State of Play? Are you ready to see more about Ratchet & Clank: Rift Apart, or are you more stoked to see more indies showcased? Sound off with those Team Blue hopes and dreams in the comment section below!

NEO: The World Ends With You Will Reflect 14 Years of Change to Shibuya