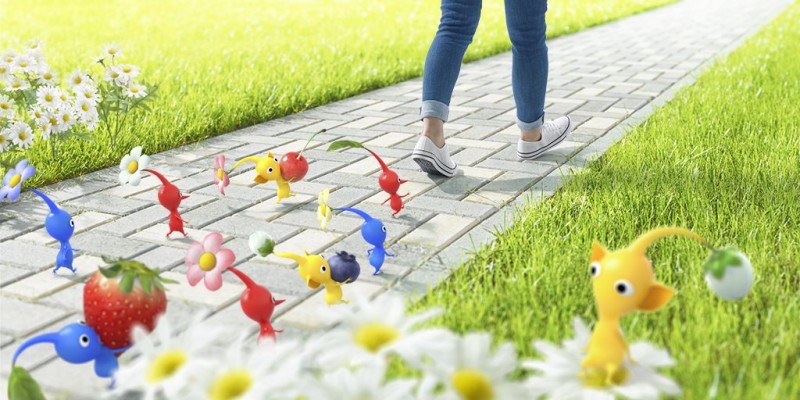 A new Pikmin game is on the horizon, just not in the way you were probably expecting. Niantic Inc., the company behind Pokemon Go, has just announced that it is working on a new Pikmin AR game and pre-registration is now live!

The studio behind Ingress, Pokémon Go, and Harry Potter Wizards Unite has announced its latest game, this time focusing on the world of Pikman. Niantic revealed its newest partnership with Nintendo with the Pikmin AR announcement, stating that this is just the start of a few projects with the Big N.

To kick off the newly revealed partnership, Niantic showed off a sneak peek at the Pikmin AR experience with a promotional image seen in the below tweet:

We’re overjoyed to make new memories with our partners at @Nintendo and YOU! 🌱 Imagine exploring the world through the wonder of AR and alongside all of your pals – including your new #Pikmin friends! Learn more about our partnership here: https://t.co/TiQ10S8kMR pic.twitter.com/YUpp4P33NA

According to Niantic, “The [Pikmin] app will include gameplay activities to encourage walking and making walking more delightful.” The Pikmin AR experience is slated to launch later this year. While we don’t have an exact release date yet, Niantic did promise that more on what this experience will be like is on the way “in the coming months.”

For those interested in checking out what this new AR experience will be like, you can pre-register right here.

Niantic truly set the stage with geocaching when the company debuted Ingress. Ingress was an experience that brought the digital world together through clever clues and the “thrill of the hunt.”

The developer studio capitalized on that success even further with Pokémon Go. Pokémon Go united the entire world that first month post-launch. During that time, I truly believed we achieved world peace. Everybody was happy living out their “gotta catch ’em all dreams.” But then, it went downhill. The game grew stagnant, the “newness” feeling wore off, and the universe crashed back into its misery and chaos.

Luckily, the stagnation was temporary and the mobile experience has once more become a cherished AR adventure for many. The addition of raids, trading, and so many more features helped to bring this particular Pokémon adaptation back into the good graces with the gaming community.

Niantic then tried its hand with another AR experience with Harry Potter Wizards Unite. While not to the same degree of success as its Pokémon counterpart, this Harry Potter take is still thriving with events and other limited-time updates.

What the Pikmin experience will be like in AR, we don’t know, but we’re interested in finding out how it stacks up to previous Niantic gaming takes.

What do you think Pikmin AR will have to offer? Is this reveal a pleasant surprise, or were you hoping for a more traditional Pikman experience? Sound off with your thoughts in the comment section below!

Microsoft Could Acquire Discord If $10 Billion Talks Go Through