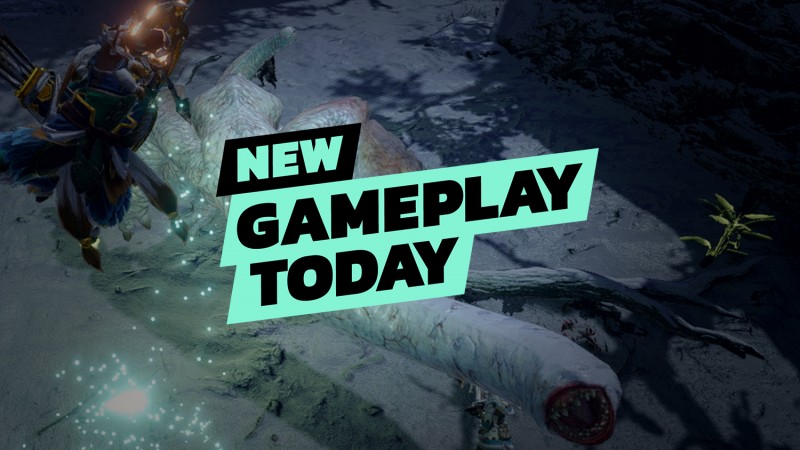 The Monster Hunter series is more popular than ever, thanks to recent entries Monster Hunter: World and its Iceborne expansion. Meanwhile, Nintendo fans have had to wait patiently for their time to shine. Thankfully, that time is close at hand. Monster Hunter Rise is an all-new adventure for Nintendo Switch, giving hunters another excuse to hit the field (and a host of monsters). In this episode of NGT, we take a look at what’s ahead, including a look at the returning fan favorite (?), the Khezu.

We start out with a quick look at Monster Hunter Rise’s cooking system. Unlike World’s kitchen, which featured drool-worthy entrees and dishes, Rise seems to be more about indulging your hunter’s sweet tooth. Players can mix and match different combinations of mochi, and you can see the Palico’s pounding out the delicious desert – and presenting it with a wonderfully catchy tune. (Skip to the end of the video to hear it without our commentary; it’s worth a listen.)

From there, we take a look at a battle against the returning Khezu wyvern. They’re virtually blind, they’re nasty looking, and people apparently can’t get enough of them. That’s what Tack keeps trying to tell us, at least. We also get to see an extended rodeo-riding session, which is used to bring two monsters together for some kaiju-style action.

It can only end in one way: fashion show! Story be damned; Monster Hunter vets know that the only reason hunters hunt is to fill their closets with spiffy new gear. If you’re curious to learn what Rise’s take on Khezu gear looks like, it’s your lucky day! We show off the complete set, from the Assassin’s Creed-style outfit to a grotesque, toothy hammer.

Monster Hunter Rise is coming to Nintendo Switch on March 26.

Final Fantasy 7 Remake Could Be Coming to PS Plus in March, But Won’t Be Upgradeable to PS5 Version