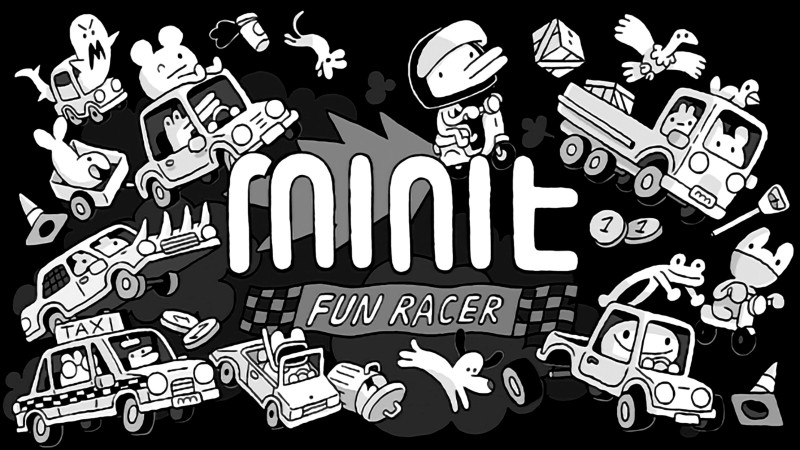 Minit was a novel experience from 2018 that tasked players with completing a quirky adventure game in only 60-second intervals. It’s a cool game worth checking out, and its developers JW, Kitty, Jukio, and Dom have returned with a bite-sized follow-up of sorts, Minit Fun Racer. The best part about giving the game a shot? 100% of its proceeds will be donated to charity.

Minit Fun Racer takes Minit’s core idea and translates it into, you guessed it, a racing game. Instead of competing against other racers, though, the goal is to get as far as you can within a very brief time limit. Collecting coins adds precious seconds to that time, but you’ll also have to worry about dodging hazards like cars, boulders, and kids on scooters. Between runs, players can spend their coins to unlock permanent upgrades that help lengthen your runs such as a helmet for taking more hits, faster movement, a coin-attracting magnet, and more. Reaching the end of the course marks the end, but you can start additional laps in your current state for an extra challenge (and to unlock more of the in-game achievements).

Having played the entire game already, I found Minit Fun Racer to be a fun little experience that hooked me with the same “just one more run” feeling that made the original Minit so engrossing. It also isn’t very long; I finished the game in about an hour and unlocked every upgrade. That’s not a complaint, as it’s a satisfying, snack-sized break from other huge games. Fans of Minit should definitely give it a look. Plus, if it doesn’t vibe with you, at least your purchase went towards a good cause. Everyone wins!

You can pick up Minit Fun Racer right now on Steam for 2.99 or on itch.io as a “pay what you want” game.