Mass Effect Legendary Edition Is Up for Preorder

This new collection features the single-player content from all three games, plus all the DLC, promo weapons, armor, and packs made available since their original release. All content from all of the games will be fully remastered, with cleaner textures, faster frame rates, and 4K UHD optimization.

If you’re ready to lock in a copy of Mass Effect Legendary Edition for yourself, read on to see where it’s available, what comes with it, and how much it costs.

So far, no preorder bonuses, extras, or anything fancy has been announced to come alongside Mass Effect Legendary Edition. But just getting the full trilogy in 4K UHD should be good enough for many fans of the Commander Shepard saga. If BioWare announces any extra bells and whistles, we’ll update this page here.

BioWare announced Mass Effect Legendary Edition with a tweet and a blog post in November. In addition to the remastered Mass Effect trilogy, EA has also announced a new Mass Effect is in the works, though it’s still early in production. 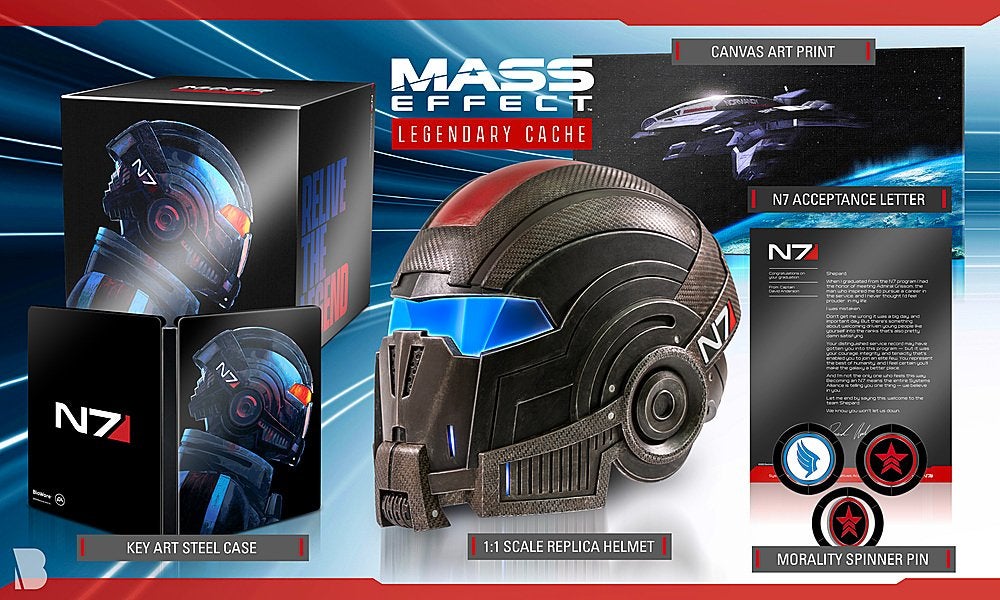 Releasing alongside the game is the Mass Effect Legendary Cache. It doesn’t include the game, so it’s meant to be a collectible supplement to it. And if you buy it at the Bioware Gear store, you get an additional exclusive art print. Here’s what’s included in all versions of it: