Learn About The Delicious Demolition Of Destruction AllStars 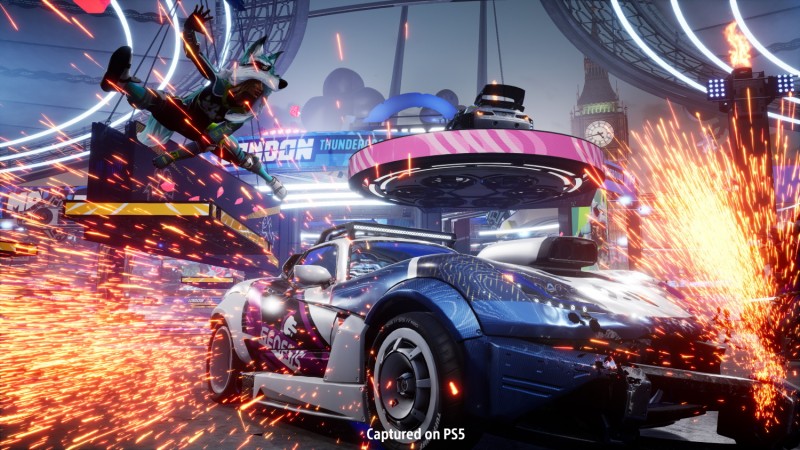 PlayStation and Destruction AllStars studio Lucid Games have released a seven-and-a-half minute State of Play video for the frantic and colorful title, giving you a solid idea of what to expect when the game is released next week.

Players choose from 16 distinct characters known as AllStars. Each character has their own unique abilities, as well as signature hero vehicles. You have access to three different vehicle types: one focused on speed and drifting, one focused on handling and agility, and one focused on plowing through the crowd through sheer brute force. Don’t get too attached to these vehicles, however, as the common vehicles are meant to be destroyed; developer Lucid Games wants you hopping in and out of vehicles often, mixing up the vehicular gameplay with the on-foot parkour action.

As you evade enemies, wreck vehicles, and collect items on the field, you charge your hero ability and hero vehicles to unleash moves like leaving a trail of fire everywhere you run or drive or going invisible to catch opponents off guard. 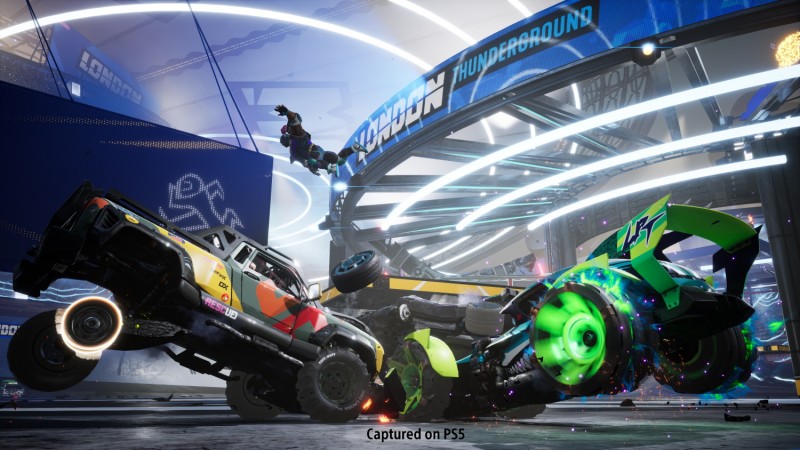 Your mission in Destruction AllStars is to enter a vehicle and cause as much destruction and carnage as possible. While ramming another vehicle with your vehicle is the most obvious way to accomplish this, you can jump on top of a vehicle while you’re on foot to either take over that player’s vehicle or destroy it.

At launch, Destruction AllStars delivers four game modes. Mayhem, which can be played single-player, is all about causing as much chaos as possible. Carnado is an 8v8 team-based mode tasks you with earning gears by destroying or stealing your opponents’ vehicles before banking them by driving your car into the carnado, destroying your vehicle in the process. Stockpile is another team-based game centered on collecting gears, but you also need to focus on controlling the three banks in the arena. The final mode is Gridfall, a deathmatch of sorts, where each character has a set number of lives and the last person standing is the winner.

As you play, you unlock costumes and cosmetics to customize your AllStars and their rides. Using in-game currency, you can buy character skins, character emotes, vehicle emotes, and shouts. The in-game currencies include AllStar Coins, which are earned by playing online and earning experience points. Alternately, you can purchase Destruction Points using real money in the PlayStation Store. Destruction Points will also be earnable later this year by way of completing daily and weekly challenges.

You can watch the State of Play video, which also goes into depth about the in-game challenges, in its entirety below.

Destruction AllStars will be released on PlayStation 5 on February 2. Best of all, if you’re a PlayStation Plus subscriber, you can add it to your library at no additional cost.

PlayStation Plus Games for February 2021 Announced