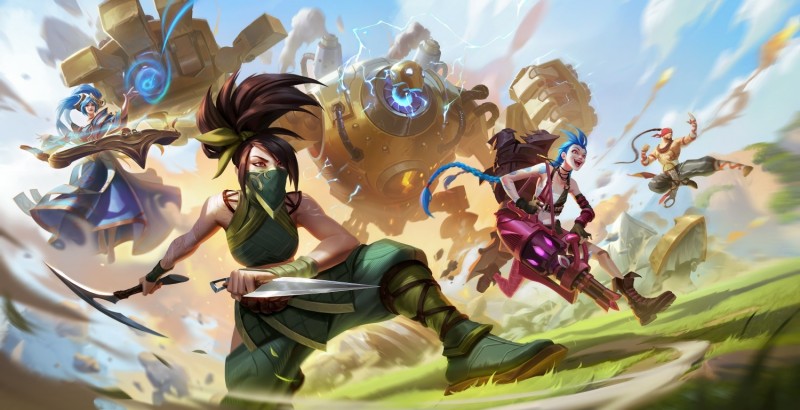 Riot Games has been hard at work expanding the League of Legends universe, and one of the ways that the studio is doing so is with Wild Rift. For those interested in seeing what the more portable version of League has to offer, the League of Legends: Wild Rift open beta kicks off later this month.

The open beta for North America begins on March 29. All players will have full access to the game on Android and iOS devices. For those who are curious, League of Legends: Wild Rift brings the skill-based 5v5 MOBA experience from League of Legends and puts it in the palm of a player’s hand with this mobile experience. This isn’t just some simple port; Wild Rift has been rebuilt from the ground up specifically with mobile technology and mechanics in mind.

With smooth controls tailored to Android and iOS systems, League of Legends: Wild Rift will offer a similar experience to the vanilla game – just now on the go.

I’m not going to say who my go-to champion is because it would damage my gamer cred faster than anything I’ve ever said about Dragon Age 2, but it is cool to see the world of League of Legends in this mobile format. With Nintendo Switch popularity still at an incredible high, playing games on the go is even more of a priority following a long history of handheld gaming devices.

While this isn’t available on the Switch, some mobile phones (and tablets) are pretty massive. Playing League of Legends when traveling sounds nice for those who enjoy the MOBA, it’s even better for people like me who are working from home and their work station is the same as their gaming station. That’s been a huge appeal for the Switch for me, taking a break from my PC to enjoy games in a different setting. While I’m still on the fence if I want to devote even more time to League of Legends, the option to play elsewhere is a nice one to have.

What are your thoughts on League of Legends: Wild Rift and how Riot Games has been expanding this universe? What other experiences would you like to see feature some of our favorite champions? Sound off with your thoughts in the comment section below!

Reminder: Super Mario 3D All-Stars And Super Mario Bros. 35 Get Delisted At The End Of March