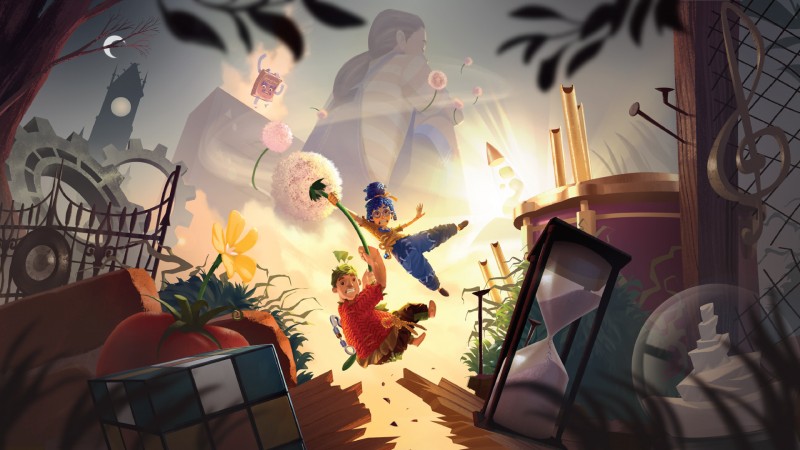 Josef Fares is a passionate man. The filmmaker-turned-game-developer’s first game, Brothers: A Tale of Two Sons, is a remarkable fable about the power of family. While that game’s quality spoke for itself, Fares took to the stage for follow-up A Way Out, memorably taking over Geoff Keighley’s 2017 Game Awards broadcast by addressing the camera and saying, in part, ‘F— the Oscars!” It was a profane moment, to be sure, but it also showed Fares’ exuberance and natural flair for the outrageous. Hazelight Studios’ upcoming project, It Takes Two, tackles the oddly underrepresented subject of love. And after talking to Fares about the co-op adventure, it’s clear that he has a lot to say about, well, everything.

“Video games are not always about fun; that’s a misconception that many people say, ‘Is this fun?’” Fares says. “The best moments of my life in video games haven’t been about ‘fun.’” The game director and Hazelight founder cites experiences like Journey or moments from the opening sequence in The Last of Us to underscore his point. His own game, Brothers, memorably ends with a powerful moment that clearly isn’t meant to be fun. “Some parts of gaming are fun, but I would say that more, depending on the scene, it should be engaging.”

That’s all to say that It Takes Two starts at a place that is decidedly unfun: the specter of divorce. Cody and May are a married couple who have fallen out of love. Nothing especially heavy has happened, Fares says, but the grind of daily life has worn them down, and they’ve decided that it might be best to go their separate ways. Their young daughter, Rose, is not a fan of the idea.

“She created these two small dolls and she tries, as kids do, to talk to them and try to affect them somehow, and they magically transform into these dolls in this fantasy world,” Fares says. From there, it becomes a journey of discovery, both in how the couple rediscovers what initially brought them together, as well as trying to rediscover how the heck to get back into their regular bodies. They’re joined by an anthropomorphic Book of Love, who acts as a sort of relationship guru. It’s a cute setup, but Fares and his team at Hazelight are using it as a vehicle for pushing narrative and gameplay as close as they can possibly get. Read more…