How to Unlock Every New Agent Jonesy Style in Fortnite

Fortnite Chapter 2, Season 6 is finally here. With it comes new primal elements, changes to the island, and of course, a new Battle Pass. Season 6’s Battle Pass offers an assortment of cosmetic items, most of which are made available through continuous play. Other items – like the styles associated with the new Agent Jones skin – act as quest rewards. Unlocking these styles can be a little tricky. Our guide below will help with snagging the first one and we’ll continue to update as we unlock the rest.

The Agent Jones styles are treated like the Mandalorian armor plates. Meaning, players will need to reach certain stages of the Battle Pass before they’re given a chance to complete each quest. For instance, the one that unlocks Jonesy’s first style, Jump 15, is revealed at level 14. 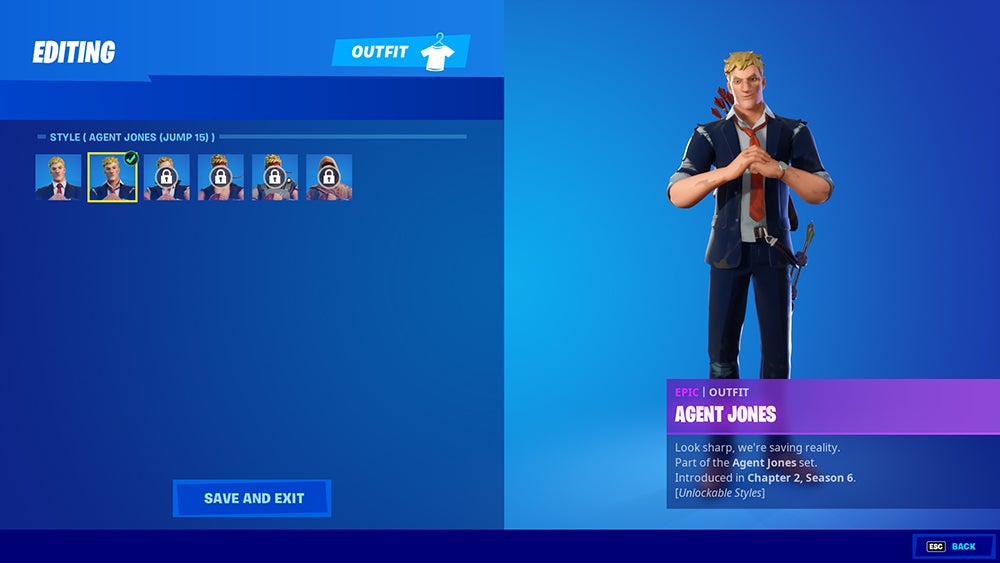 The first Agent Jones challenge tasks you with investigating an anomaly detected in Lazy Lake. Seems simple enough. What makes this tricky is that Fortnite doesn’t actually tell you what the anomaly is or where to find it (beyond said lake).

You’ll want to make your way to Lazy Lake upon exiting the Battle Bus. Once there, check each house – I suggest heading towards the blue house in the North part of town. That’s where we found the anomaly which looks like an ethereal butterfly. You know, the thing Agent Jones turns into during the Zero Crisis Finale event.

Once found, the butterfly will head downstairs into the basement. Chase after it. After descending a few stairs, it’ll fly through a wall. Take down the wall and you’ll be greeted with the anomaly seconds before it disappears into a wooden structure. From here, all you have to do is solve a brief puzzle by activating four jewels; you’ll need to activate each one in the right order (Red, Purple, Blue, and Green worked for us) or risk restarting the puzzle. Once complete, you can snag the crystal-like item to unlock Agent Jones’ Jump 15 skin style. 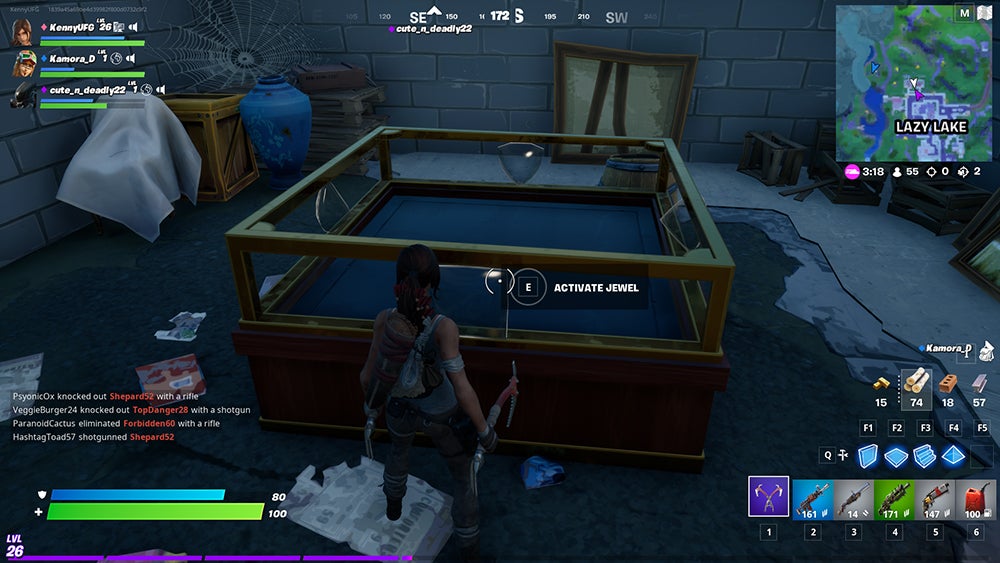 How to Unlock All Agent Jones Styles in Fortnite

To unlock all of Agent Jones styles, players will need to first hit specific Battle Pass levels. Once done, they’ll be given access to the challenges associated with each style:

We’ll be sure to update this guide as we complete more Agent Jones quests and unlock new styles. For more, check out our Fortnite review and these upcoming blue and yellow Fortnite Joy-Cons.

The Elder Scrolls Online: Flames of Ambition Has Arrived