How Does Rust Perform On Consoles? Find Out In These Extended Gameplay Videos 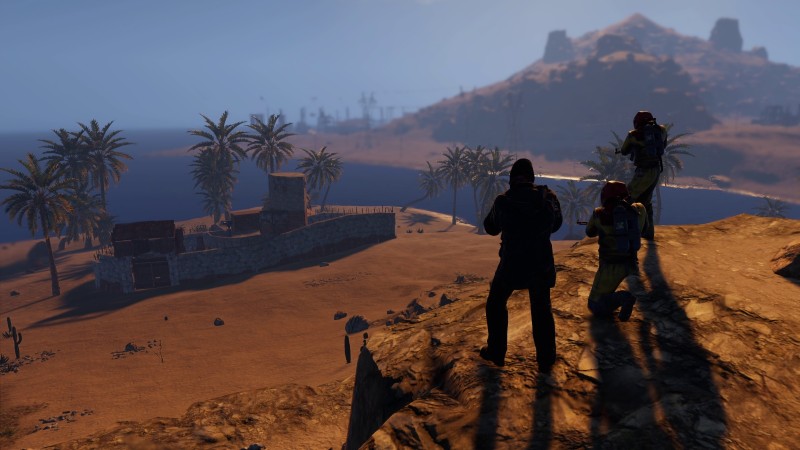 Rust is finally coming to consoles later this spring, so naturally the news caused its PC audience to furrow their brows wondering how the game would perform on PS4 and Xbox One. Can the last-gen boxes handle everything the game has to offer without devolving into a stuttering, unplayable mess? Developer Double Eleven, who is handling the console ports of the game, is addressing those concerns by releasing uncut gameplay videos of Rust running on consoles.

The developer put together two different gameplay videos of Rust running on PS4 Pro and Xbox One X, the most powerful versions of the last-generation of consoles. While the demonstration may be less illuminating for owners of the standard PS4 and Xbox One, it still provides some idea of Rust’s performance on a home console, including its load times and framerate. If you’ve never played Rust, the videos provide a solid idea of the moment-to-moment action and the various loadout options used to customize your playstyle.

Now granted, I’m a console-centric player who hasn’t played Rust, but it looks like the game runs about as well as you can expect. While there isn’t a native version of the game for PlayStation 5 and Xbox Series X, it’ll be backward compatible so one would imagine it could gain some additional performance benefits on those platforms. That isn’t confirmed, but it’s likely.

Rust has called the PC its home since launching on Steam (via Early Access) in 2013. The popular survival game throws its players into a harsh world occupied by dangerous wildlife and even deadlier real-life players. While players can certainly slaughter each other to steal resources, you can also work together to construct villages and form a society of super happy folks who only act as a force for good. Or, again, you can just shoot each other in the face on sight. Whatever floats your boat (or the person who put a bullet in your back), I suppose.

For an idea of what Rust entails, check out our review of the game’s 1.0 version on PC here.

What Other Arcade Classics Deserve Sequels?