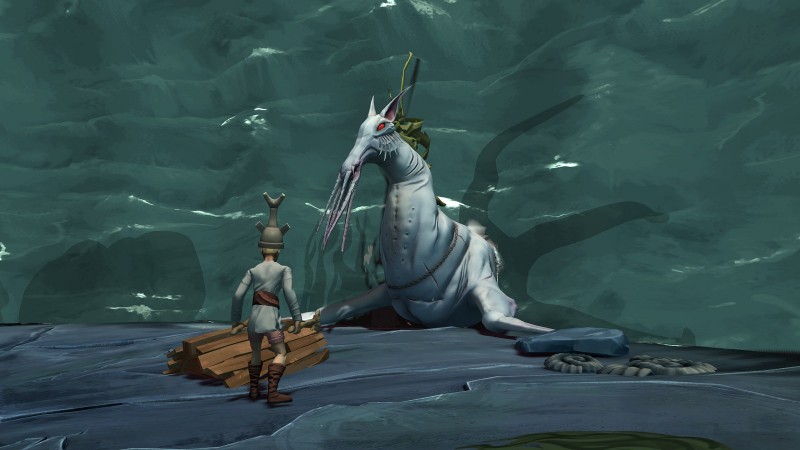 The gods in Gods Will Fall are not benevolent ones. They’re evil, malevolent entities that are bent on torturing the humans they rule over. Worship is demanded, with suffering rippling throughout the land. But that’s all about to change, isn’t it? You’ve had just about enough of their reign of misery, so it’s time to go full barbarian and get in the mix in Clever Beans’ new roguelike adventure, which is out today. What platforms is it on? You can beat down the wicked gods on Xbox One, PlayStation 4, Switch, and PC.

As a roguelike, you have options when it comes to your deity assault. Skills, weapons, items, and more are all on deck as you battle through three deadly realms. The Celtic-inspired journey leans in heavy on brutality as you seek to enact vengeance on your less-than-benevolent dictators. Warriors of your tribe may even have specific fears against specific gods (there are 10 to take on), and if they can face down their specific scares you can glean boosted rewards. Enjoy using a diverse selection of weapons? Pick up weaponry from fallen

Gods Will Fall is a roguelike, so death is inevitable. However, as warriors from the clan fall, others will gain new strengths out of the thirst for revenge. It’s a neat little quirk that might be slightly reminiscent of Rogue Legacy’s lineage system, and adds an element of variance and some minor plot nuance to the typical “run, run, run, run, okay run again” formula that’s so pervasive in the genre. There may be ways to bring back your fallen comrades as well, by advancing past the dangerous gods. On the flip side, if one of your crew is killed by a god they’re doomed forever. High stakes roguelikes!

Have you played Gods Will Fall? What do you think? What’s your favorite roguelike? Let us know in the comments below!