Games Workshop is giving away a dozen Warhammer PC games, plus some DLC, in the next issue of White Dwarf, the official Warhammer magazine. 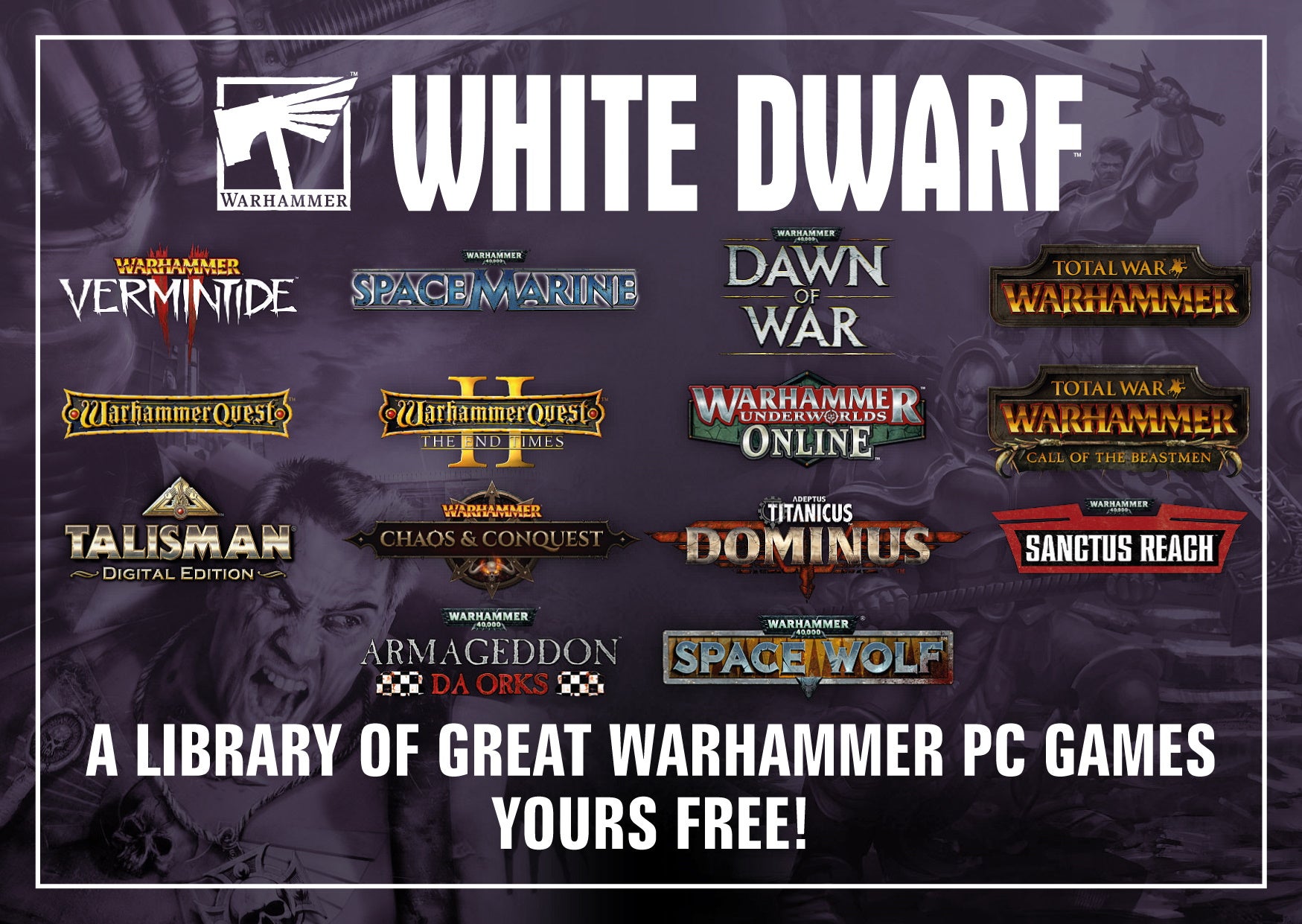 The code also redeems a 75% off voucher for 4X strategy Warhammer 40,000: Gladius, and a Legendary Khorne pack for Warhammer: Chaos & Conquest, a free-to-play MMORPG/strategy hybrid.

As announced on the Warhammer Community site, the 462nd issue of White Dwarf will be available to buy from March 19, and can be pre-ordered from March 12. Importantly, the free games can only be claimed from a physical copy of White Dwarf, so if you get the magazine in digital format you won’t be able to get these games.

As many fans of Games Workshop know, there are a mountain of Warhammer games out there, some great, some not so great. Thankfully, this code includes some of the best games set in the Warhammer universes; Vermintide 2 is a particularly great grab, and the original Dawn of War – while showing its age now – is continually beloved as one of the best video game representations of the 41st millennium.

For more from Games Workshop in the digital space, check out our incredibly nerdy interview with the team behind Warhammer 40K: Darktide, as well as the details on the upcoming Total War: Warhammer 3.

Valheim: How to Increase Your Performance by Enabling Vulkan