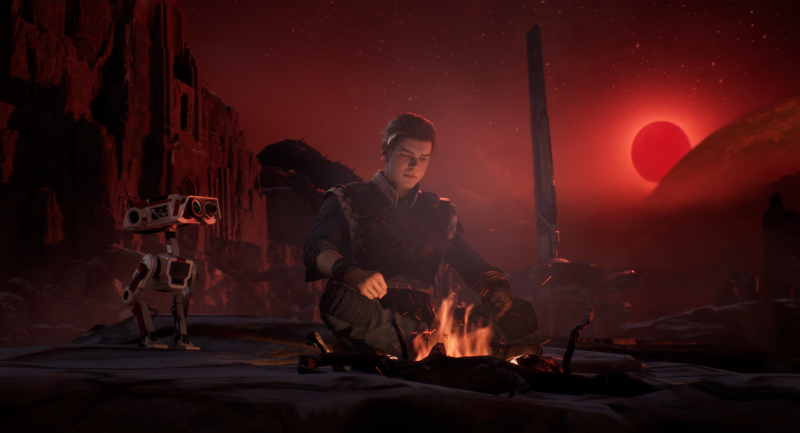 Star Wars Jedi: Fallen Order is a Respawn Entertainment title that allows fans of a galaxy far, far away to partake in an exciting open-world adventure with an ever-evolving narrative. For those itching to jump back into the boots of Cal Kestis once more with the power of PS5 and Xbox Series X, or for those that may be dipping those toes in for the first time, a free next-gen upgrade is on the horizon.

The next-gen upgrade will be kicking off sometime this Summer, as confirmed by an official StarWars.com blog post. While an exact date hasn’t been given at this time, the free PS4 to PS5 and Xbox One to Xbox Series X/S upgrade will deliver “a number of technical improvements” to a new generation of gaming consoles. This cross-generational update will be completely free for those that already own the game.

This is an additional upgrade from the one back in January that boosted framerates to 60 fps and enhanced resolution for all platforms.

Don’t have it yet? Now’s a good time to scoop it up because there is a special Star Wars sale going on now with up to 70 percent off Standard and Deluxe editions of the game. The special sale is going on now and will end on May 12. That means that you can go twice as hard on the fandom by scooping this up on the fan-created Star Wars holiday: May the Fourth (be with you).

Personally, I loved my time with Fallen Order, much more than I thought I would. When the game was first teased, I wasn’t impressed by the main protagonist. He seemed fairly bland, and not much set him apart from other human characters in the franchise. I was glad to be proven wrong; his introduction to the Star Wars verse, as well as the introduction of the rest of his crew, is one that fits nicely and holds promise for future tales.

Our own Andrew Reiner enjoyed his time with the “turbulent thrill ride,” scoring the game an 8.75 out of 10. “Despite these numerous little problems, Respawn’s maiden voyage with Star Wars is largely a success,” reads his review on Game Informer. “I couldn’t put this game down, both for the thrill of exploring and wanting to see where the story took me next. The inspirations are taken from Dark Souls, Uncharted, and Metroid Prime unite to create something unique that just happens to work incredibly well for this beloved license. Like most starships in this universe, Jedi: Fallen Order could use a little polish, but the rust doesn’t hold it back from roaring with excitement.”

Are you excited to see more next-gen improvements for Star Wars Jedi: Fallen Order? What are your own thoughts about the latest adventure from Respawn? Sound off with those hot takes in the comments below!