Fortnite: How to Craft Mechanical and Primal Weapons

Fortnite has gone primal. Thanks to Chapter 2, Season 6’s world-changing event, animals now roam the island, select weapons have been “downgraded” into makeshift counterparts, and various locations sport a prehistoric vibe. There’s also a new crafting system and crafting is a key element of Season 6. Used to bolster one’s offensive efforts, players will want to learn how to craft as quickly as possible. Thankfully, our handy guide can help you do just that!

How to Craft in Fortnite

While crafting is a big part of Fortnite, it isn’t like what’s seen in survival games; you aren’t going to be making weapons from scratch. Instead, you’ll be upgrading found weapon(s) and items using foraged materials. All crafting takes place in the new crafting tab in Fortnite. 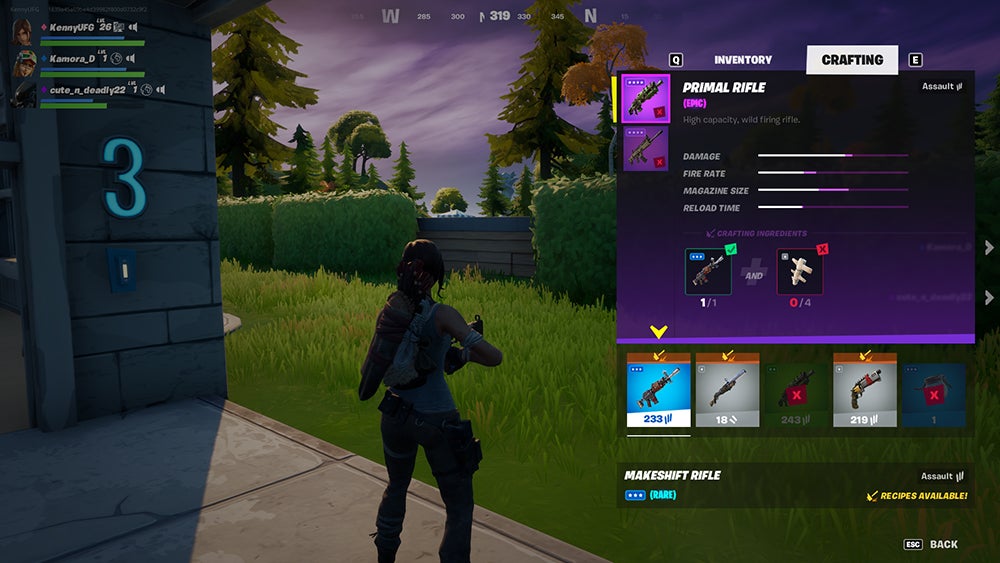 To see what you need to upgrade an item, highlight a makeshift (or low-powered) weapon in your crafting menu and hit the “use” key/button. From here you can view the mechanical and primal versions of the weapon, see all of the items required to craft it, and the weapon’s stats. Gather the required materials, return to that menu, select the version of the weapon you want, hit craft, and a few seconds later you’ll have hammered out an upgraded version of your current weapon.

Low-tier makeshift weapons have two upgrade paths: Primal or Mechanical. Each path has its pros and cons, and the stats vary slightly based on the weapon.

The Primal versions of weapons typically offer faster rates of fire and more damage, but they lack precision. In order to craft a Primal Weapon, you need Animal Bones.

Mechanical weapons are essentially the classic versions of each weapon. They don’t pack the same punch as Primal Weapons but are way more precise. In order to craft Mechanical Weapons, you need Mechanical Parts. 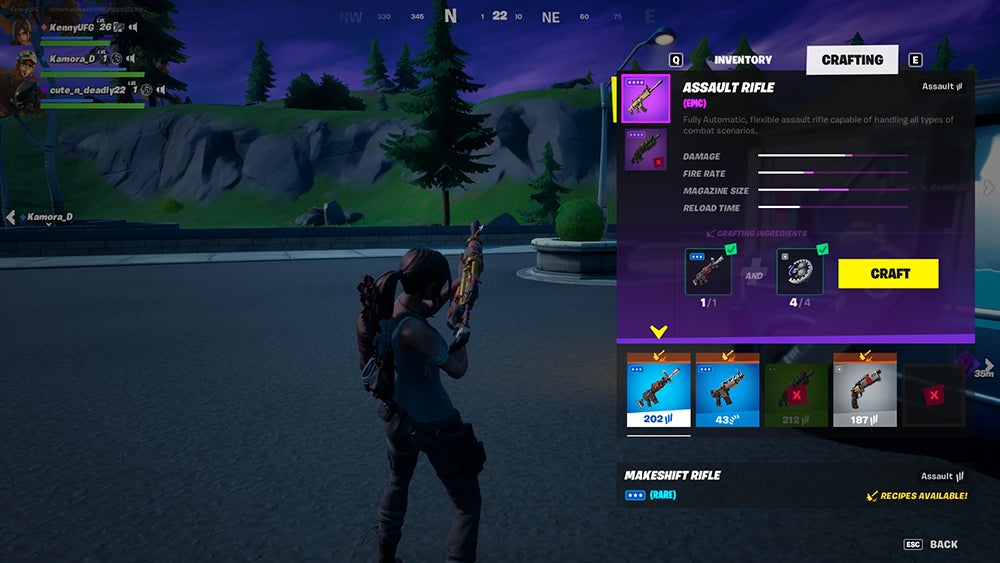 Where to Find Mechanical Parts and Animal Bones in Fortnite

Mechanical items and Primal items also require different materials. To upgrade to a Mechanical weapon you’ll need to harvest mechanical parts which can be found by using your pickaxe on vehicles, tractors, and forklifts around the map. Simply equip your pickaxe and bash away at the aforementioned items until the mechanical parts drop. Mechanical Parts can most likely be found in towns, cities, and farms where vehicles and machines are more likely to be.

Primal weapons, on the other hand, require Animal Bones and those can be a little harder to come by. In order to collect Animal Bones, you need to slay wild animals and pick up the bones or lookout for large animal bones laying around the map and use your pickaxe to harvest them. Animals and Animal Bones can most likely be found in areas with lots of trees, tall grass, and rocks.

The Platinum Architect – Mark Cerny On His Fascination With PlayStation Trophies

Aliens: Fireteam – All of Our Exclusive New Info So Far