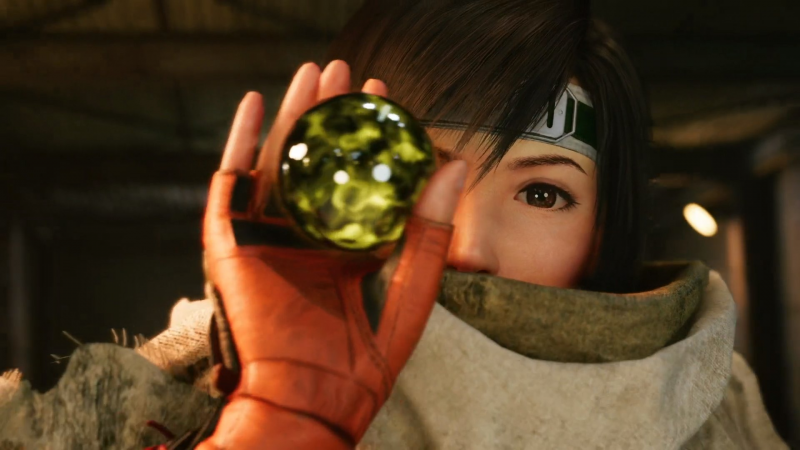 Final Fantasy VII Remake was one of the best RPGs of 2020, and Square Enix is building on that success by releasing a new episode featuring Yuffie – one of the party members from the 1997 original who did not appear in last year’s game. And if you’re excited to see what Yuffie can do, you won’t have long to wait.

The new content is part of the PS5-enhanced version of the game, called Final Fantasy VII Remake Intergrade. As revealed during PlayStation’s State of Play event, the whole package releases this summer on June 10. According to a Square Enix press release, Intergrade “comes bundled with the brand new episode featuring Yuffie as the main character, which introduces an exhilarating new story arc and numerous gameplay additions for players to enjoy.”

That means the Yuffie episode is only available on the new-gen console. Square Enix is offering a free upgrade to the PS5 version for owners of the original, but there’s a catch there: Even though you can experience all of the performance enhancements that way, users who upgrade from PS4 to PS5 still need to purchase the new Yuffie content separately. However, if you’re buying the game for the first time with Intergrade on PS5, the Yuffie episode is included as part of the package.

So, what’s the big deal about Yuffie anyway? Why is this exciting? Well, if you haven’t played the original Final Fantasy VII, all you need to know is that Yuffie is an energetic ninja warrior from Wutai, and she has an unstoppable desire to acquire materia – the colored orbs that give Cloud and his friends magical abilities.

For a clearer idea of what Yuffie’s adventure entails, you can watch the full trailer above. It has all sorts of interesting info and nods, including Yuffie wearing a cute Moogle cape and staying just barely out of sight of recognizable heroes like Tifa and Barrett.

The new episode also features a new companion named Sonon who fights alongside Yuffie. The trailer shows them fighting a huge mechanical beast, as Yuffie performs acrobatic leaps and stylish attacks with her blade. Though the familiar Sector 7 slums seem to the setting for at least part of the game, fans can count on brand-new  story beats, bosses, and areas to explore.

“In this new adventure, play as ninja Yuffie Kisaragi as she infiltrates the shadowy Shinra Corporation to steal a powerful materia and restore glory to her homeland,” according to the press release. While Square Enix isn’t completely tipping its hand in terms of what to expect from the new stale, we will undoubtedly learn more as its June 10 release approaches.

What are your thoughts about this new expansion to Final Fantasy VII Remake? Are you excited to play it? Were you hoping Yuffie’s big entrance would be in the next full game instead? Share your thoughts in the comments below!

Xbox Live Is Down and Users Can’t Sign In