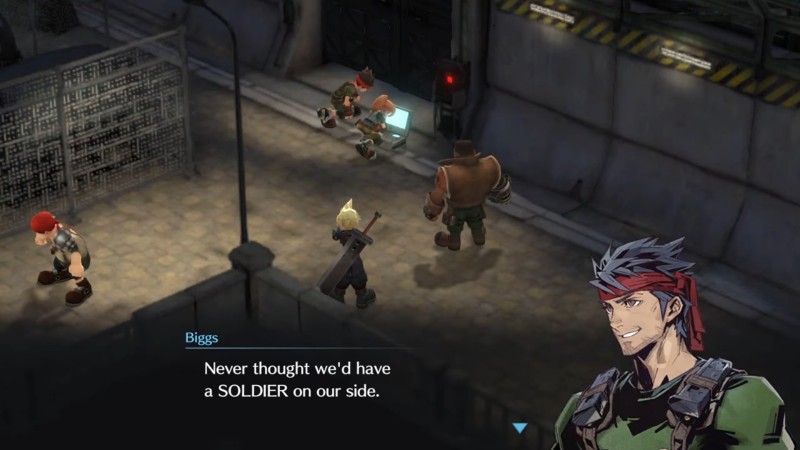 If you thought the one-two punch announcement of Final Fantasy VII coming to PS5 and its Yuffie-focused content was all the new stuff you were getting from the series, think again! Square Enix took to Twitter right after State of Play wrapped up to announce not one but two different Final Fantasy VII related titles for mobile devices.

The first is Final Fantasy VII: The First Soldier. It’s a battle royale (you read that right) set in Midgar before the events of the game, where you control a candidate for Soldier and battle an unknown number of other players. Players use a combination of third-person melee, gunplay, spellcasting, and even summons to take out opposing players and be the last Soldier standing. In addition to other human players, it looks like you face off against A.I. enemies as well. The game launches later this year for iOS and Android.

Next up is Final Fantasy VII: Ever Crisis, a single-player title that combines the entire FFVII story into a chapter-based adventure. When I say the entire story, I mean the original game and its compilation titles: Advent Children, Before Crisis, Dirge of Cerberus, and Crisis Core. It will also feature new story elements surrounding the origins of Soldier penned by Final Fantasy VII Remake story and scenario writer, Kazushige Nojima.

The chibi-like character models and presentation look as if the original 1997 game was remastered for a handheld and actually has a charm to it. Meanwhile, the combat looks straight from Remake. The game’s press release doesn’t make it clear if you’re actually playing through every FFVII story like a traditional RPG. If so, then that’s one beast of a mobile game, and the trailer certainly looks that way. I would imagine it’s more of an abridged take, but who knows? We’ll find out when Ever Crisis comes to iOS and Android in 2022.

I guess this is what Square meant when it filed those trademarks a few months back. These are certainly surprises and both games have the potential to be fun. While it’s not the Crisis Core remake I think many fans hoped for (that could still happen!), there’s no way I’m not giving these games a shot as a big fan of Final Fantasy VII.

What do you make of these two games? Let us know in the comments.

Xbox Live Is Down and Users Can’t Sign In