Square Enix has announced that Final Fantasy 14’s next expansion pack, Endwalker, will be released in Fall 2021.

This new expansion pack will feature two new jobs, one healer and one melee DPS, and appears to bring players to the moon. 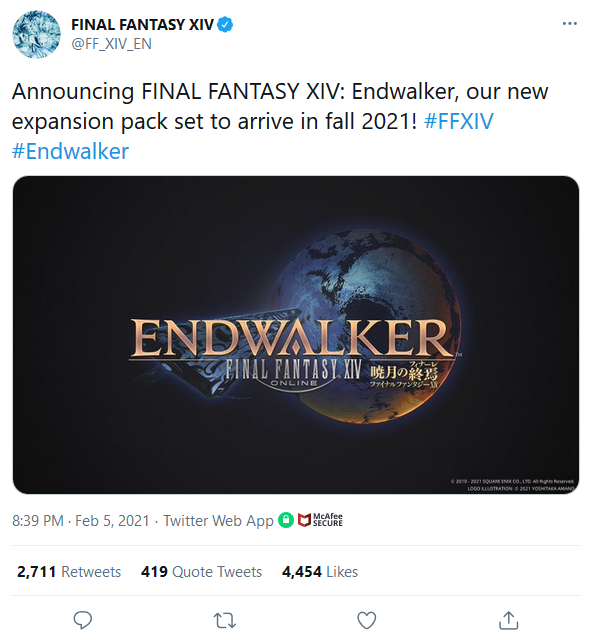 The new healer job is the Sage. There is no required class to play this new job, but players must have at least one character up to level 70.

Watch the trailer in high resolution on YouTube!
https://t.co/NvIPrLFvex pic.twitter.com/IBteZe16yE