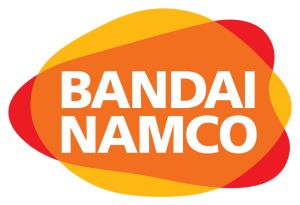 The Little Nightmares franchise has everything it takes to make a great video game: originality, distinctive art and mood, tight production values, and solid gameplay. The mischief makers at Sweden’s Tarsier Studios have crept it up a notch in Little Nightmares II.

Little Nightmares II carries the torch of tradition established in the much beloved and critically-acclaimed Little Nightmares into the further corners and crevasses of your childhood fears with bigger outdoor environments, gorgeous graphics, and even more interactivity than the original.

Teamwork is the name of the game as the boy protagonist named Mono is joined by Six, the brave girl clad in her signature yellow raincoat, who returns as an AI companion in Little Nightmares II. You can call her to your side by whispering, and lead her by the hand to a specific spot. They must cooperate to escape a dingy and claustrophobic world that’s repulsive to the core.

Mono and Six must often pull levers, hoist each other up, and hop upon or push boxes together, and because there are many more items to pick-up and interact with in Little Nightmares II, that means you have to determine if these things can even help you on your quest.

A host of all-new residents inhabit a world of a much larger scale than you and your AI mate, and stand by to haunt your steps and disturb your sleep. But you cannot rest, until you overcome.

From the encroaching darkness of thick woodlands to haunted school settings, our heroes must muddle their way to the dreadful Signal Tower and find the source of evil that spreads through the TV screens in their world. What new dangers lurk in the expansive pall of Pale City?

While Little Nightmares II’s worlds and levels are bigger than ever, that feeling of enveloping doom weighs on our heroes throughout their journey. Sometimes the danger is obvious, while other times it might come from a seemingly innocent creak of wooden furniture, or a fleeting moan in the distance.

Unlike the first game in the series, which required more fleeing than fighting, Little Nightmares II introduces a more robust combat system. The ability to fight back brings a vibrant new dimension to this franchise. While you can’t “fight” the main bosses and the fun and fear comes from relying on your wits and stealth instead, fending off minor menaces like flying bullets and creeping hands adds a nice touch of action to Little Nightmares II.

Although you don’t need to be familiar with the original to play this sequel, fans of the first installment will love all the things that make the Little Nightmares franchise great, including the claustrophobic creepiness, the eerie music, and the echoes and creaks of a decaying world. Little Nightmares II’s clever use of sounds, and sometimes the absence of it, only heightens the tension.

With new features including deeper interactivity, an AI companion, bigger levels, and a defensive combat system that build on the hide-and-sneak foundation of the original, newbies have more reasons than ever to try both games in this excellent series.

For those who are hip to be scared, Little Nightmares II packs full-sized frights into an all-new pulse-pounding puzzle package.

This is a special advertising section. Read more about IGN’s policies in our Standards and Practices.