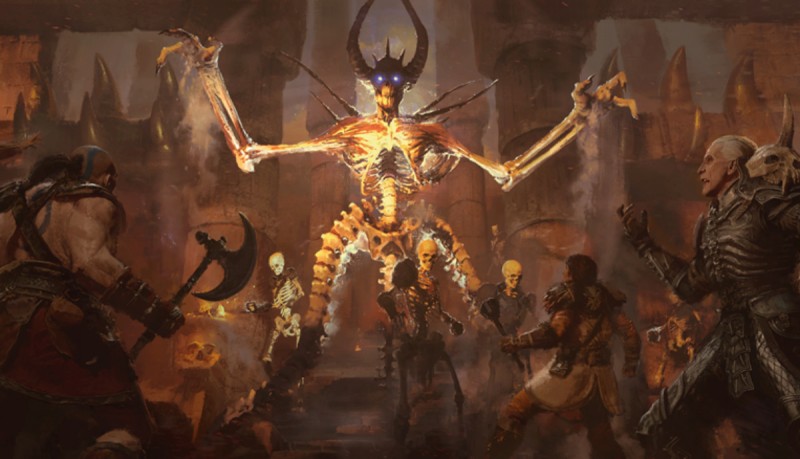 Earlier this week, Blizzard confirmed that there will be at least two chances for players to get their hands on Diablo II: Resurrected with alpha tests but now the company is warning players of fakes trying to capitalize on the excitement.

Adam Fletcher, Blizzard’s community development lead, took to Twitter to warn that the company is already being made aware of a few different fake alpha invites floating around following the reveal. “Just a heads-up to everyone interested in Diablo II: Resurrected and the tech alpha,” begins his warning. “Don’t fall for scams. I’ve seen numerous places state they are running contests or giving away access. That isn’t true.”

Here is a great example:https://t.co/Czl4vixAPc

He also posted an example of said scam in the follow-up tweet shared above. Further along in the thread, the community lead links to the Diablo II: Resurrected subreddit saying that it is helping to facilitate these scams and that the only way to get in on the alpha action is through the official website linked here.

Following his calling out of the subreddit, the Blizzard dev’s Reddit account was banned from participating in the thread about the game he is a part of. Bizarrely enough, the same thread created another giveaway post not linked by the community dev and has locked down comments so that no one can call it out as a fake.

Why the mods running this thread thought banning the community development lead from the very game he is working on was a good idea is anyone’s guess, but at least that makes it easier to see that it is, in fact, fake.

What are your thoughts on the revealed remaster with Diablo II: Resurrected and the shenanigans documented above? Sound off in the comment section below! You can also learn more about the newest Diablo tale with our exclusive coverage hub seen here for Diablo IV.