Rare’s cancelled N64 game known as Dinosaur Planet, which ended up being repurposed into GameCube’s Star Fox Adventures, has leaked online and is fully playable.

Forest of Illusion on Twitter released the files to Dinosaur Planet and shared some screenshots of the game that featured Star Fox’s Fox McCloud. 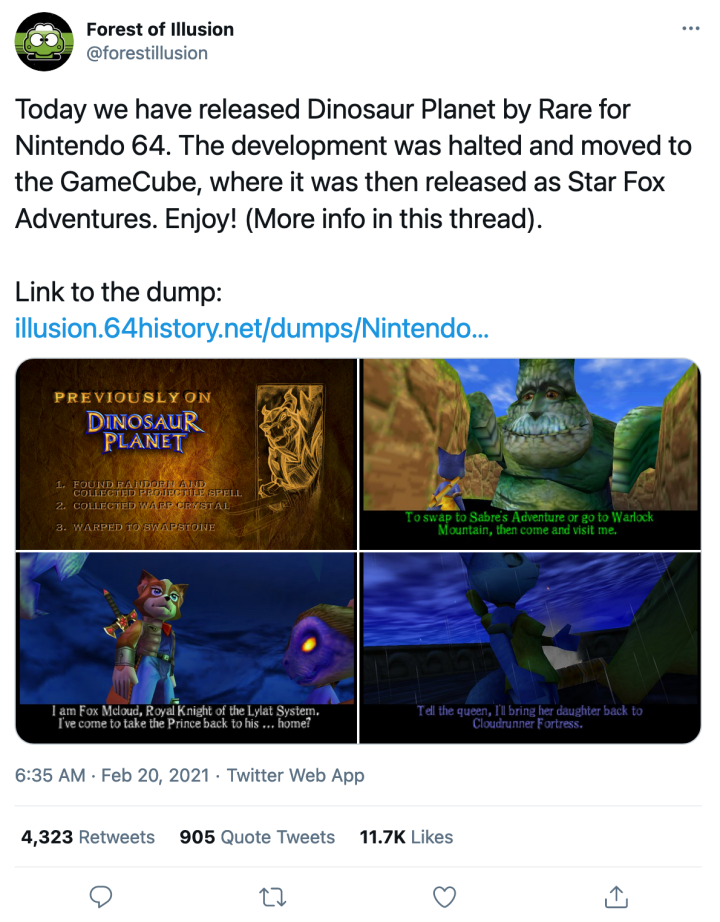 Furthermore, while this version of Dinosaur Planet will not currently “run 100% perfectly on any emulator,” Forest of Illusion states it will “work perfectly fine with flashcarts.” 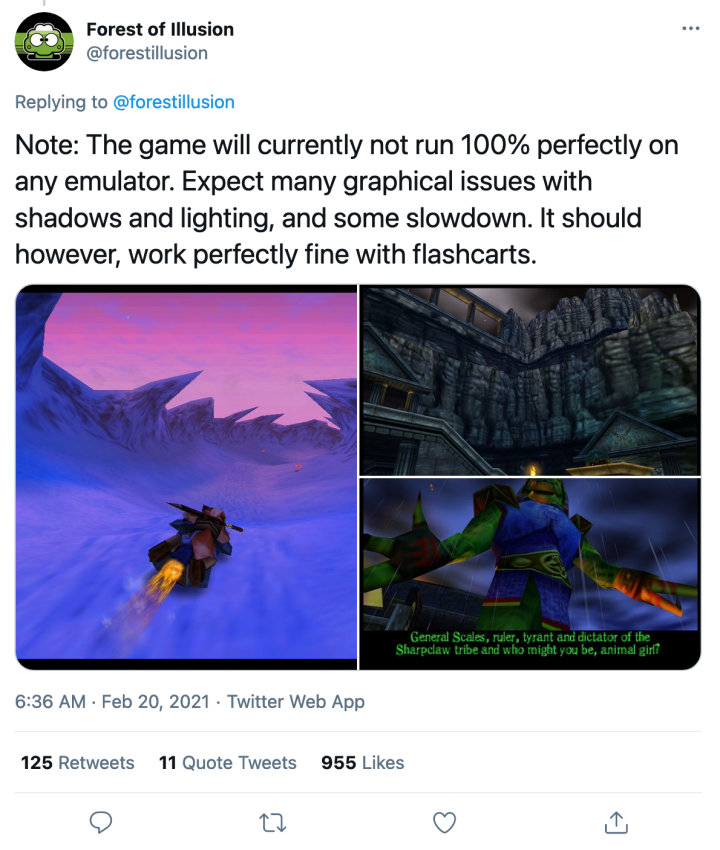 Forest of Illusion purchased a disc from a private game collector in Sweden that had a build of Dinosaur Planet on it from December 1, 2000. It is said to be a late build of the game, and that it would “need some hacking to be fully playable to the end.”

Dinosaur Planet, as previously mentioned, became Star Fox Adventures and was released in 2002. In our review, we said “Star Fox Adventures arrives as a truly excellent 3D action-adventure for GameCube owners. It’s a clear Zelda rip, and not quite as good, but that’s okay in my book as Rare has still done a pretty good job of it.”

Nintendo’s Shigeru Miyamoto was said to have been one of the driving forces in turning Dinosaur Planet into Star Fox Adventures. In an interview with IGN, when asked about the game, he even commented that “It looks really nice, doesn’t it? I wish they would [use] Star Fox characters so that they could use the title Star Fox Adventures. Maybe I should call the team and talk about it. [laughs].”

You can read IGN’s impressions of N64’s Dinosaur Planet from 2001, when the game was already cancelled on N64 and was being reworked as a GameCube game.