Cyberpunk 2077: Johnny Silverhand Concept Art Reveals What He May Have Looked Like Pre-Keanu Reeves

CD Projekt Red concept art has revealed what Cyberpunk 2077’s Johnny Silverhand character may have looked like, prior to Keanu Reeves taking on the role. 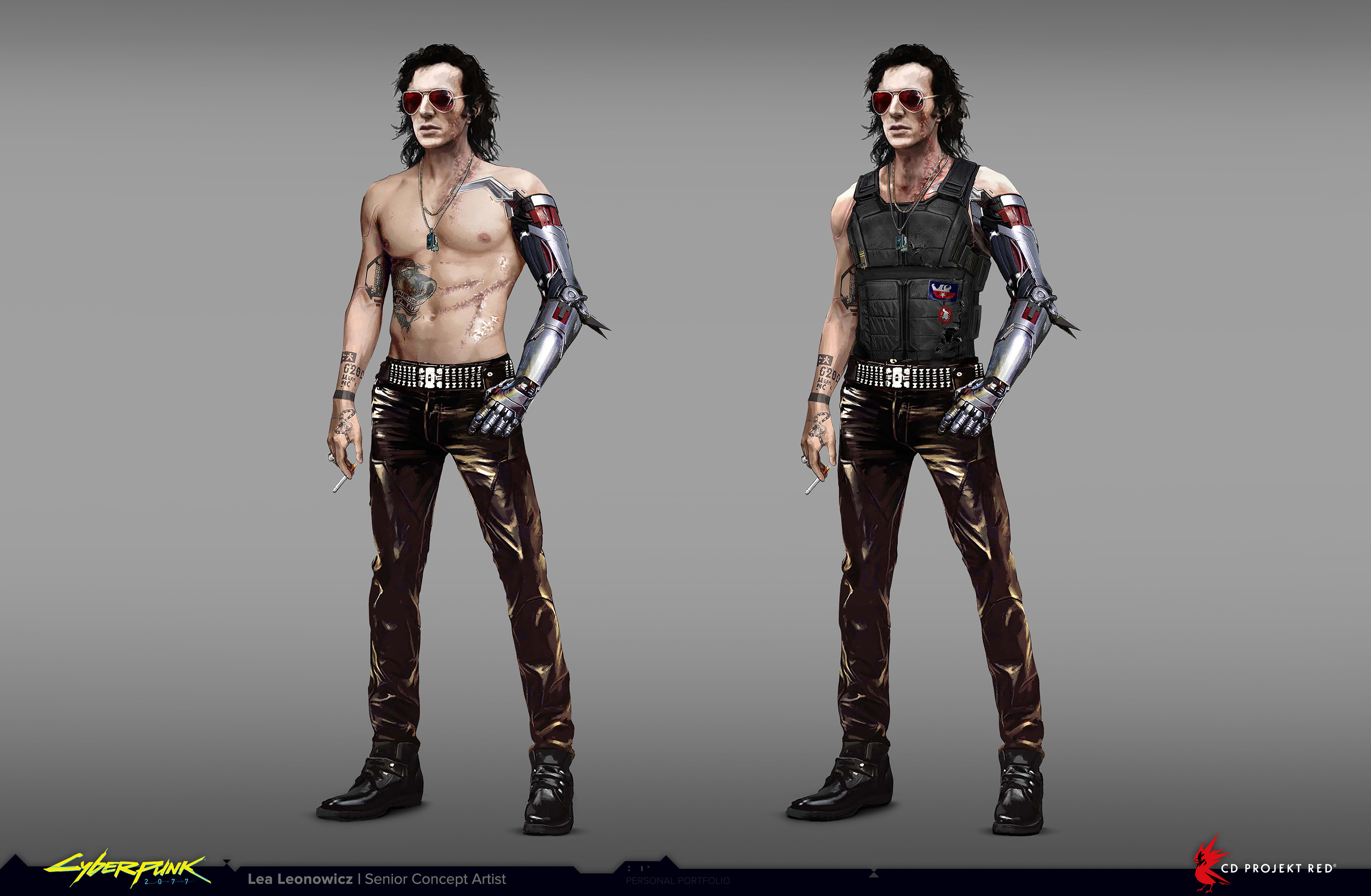 This version of Silverhand looks a little younger than the Johnny we see in the game, lacking the facial hair and featuring a more toned physique. The character still has his trademark cybernetic arm, and many of the outfits shown are very similar, including Silverhand’s shiny pants, red sunglasses and Samurai tanktop.

One piece from the ‘First Sketches’ concept art is a little bit more glam rock than the rest, showing a vision of Johnny wearing a bandana and an oversized jumper. One cool detail that didn’t make the final game was a spiked bracelet around the wrist of Silverhand’s robot arm. Very Brutal Legend.

There’s also another piece of concept art of Silverhand within a scene, using dual pistols to defend himself in a gunfight. It’s a good look at the creative process behind the character, and potentially, a vision of what Silverhand could have looked like if CD Projekt Red chose not to hire Keanu Reeves for the role.

In other Cyberpunk 2077 news, here’s our performance review of the game as of the 1.06 patch.