King Digital Entertainment has announced Crash Bandicoot: On the Run will come to mobile devices on March 25. The latest mobile auto-runner game sees the titular bandicoot running through a variety of colorful environments, drawing inspiration from the myriad titles in franchise history.

As Crash and friends run through the stages of Crash Bandicoot: On the Run, players will encounter classic characters, bosses, enemies, and levels. In the story, Crash’s old nemesis, Dr. Neo Cortex is back to try and conquer the multiverse alongside his menacing henchmen like Scorporilla, Nitrus Brio, Dingodile, and more. As usual, it’s up to Crash and his sister Coco to put an end to the shenanigans. The stages players can expect to run through include Temple Ruins, Turtle Woods, and Bear It. In addition to the platforming challenges, you can look forward to weapons crafting, customizable characters, and asynchronous multiplayer runs. 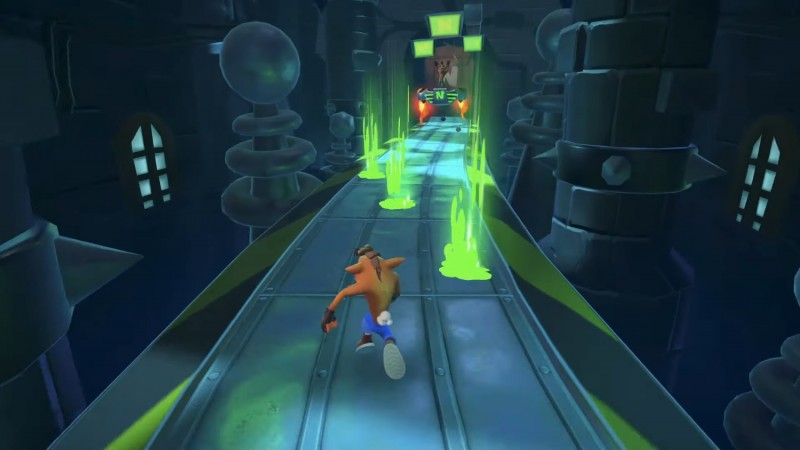