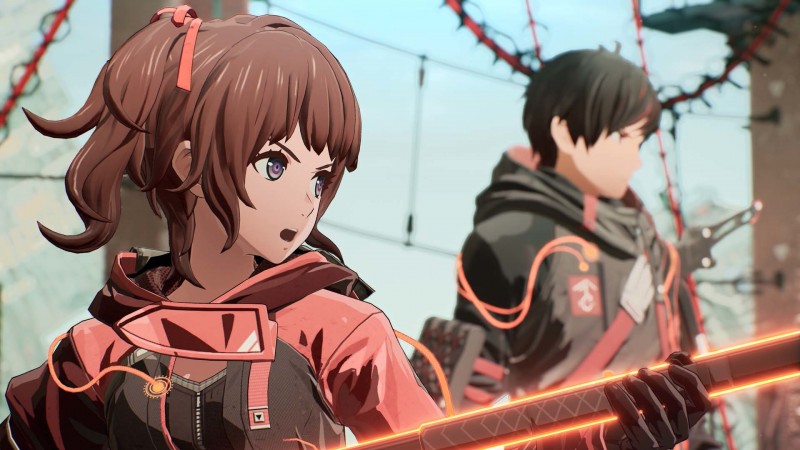 With It Takes Two and Returnal both delivering in big ways, it’s been a hell of a year for new intellectual properties thus far. We have another promising one hitting in the near future with Bandai Namco Entertainment’s Scarlet Nexus. Slated to release on June 25 for PlayStation 5, Xbox Series X/S, PlayStation 4, Xbox One, and PC, Bandai Namco is inviting players to the distant future where a psionic hormone has awakened in people, giving them superhero-like powers.

Bandai Namco today released the opening cinematic that players will see when they first boot up the game. While the sequence begins with still-frame snapshots set to the pounding beats of Japanese rock band The Oral Cigarettes, it quickly transitions to a fully-animated battle that is absolutely stunning. It also shows off some of the unique abilities that the psionic hormone grants to people.

Your eyes into Scarlet Nexus’ world can either be Yuito Sumeragi or Kasane Randall. Both characters are wildly different in style and their stories unfold in unique ways, meaning you’ll need to complete Starlet Nexus twice to unlock the full storyline. Each character has their own skill tree and approaches. Yuito wields a sword for close-range attacks, whereas Kasane uses a kunai for long-range blasts. Combat for both is fast paced and encourages the player to study their surroundings for items that can help them. An item could be as large as a car, which can be hurled at the alien foes that want to harvest and eat human brains.

Developed by several team members that made the excellent Tales of Vesperia RPG, Scarlet Nexus is a game we can’t wait to get our hands on. We recently had the chance to see a lengthy demo that gave us a taste of the unique “brainpunk” world, as well as the characters (and support cast) in combat. You can read our findings here and also see more of the game in motion.