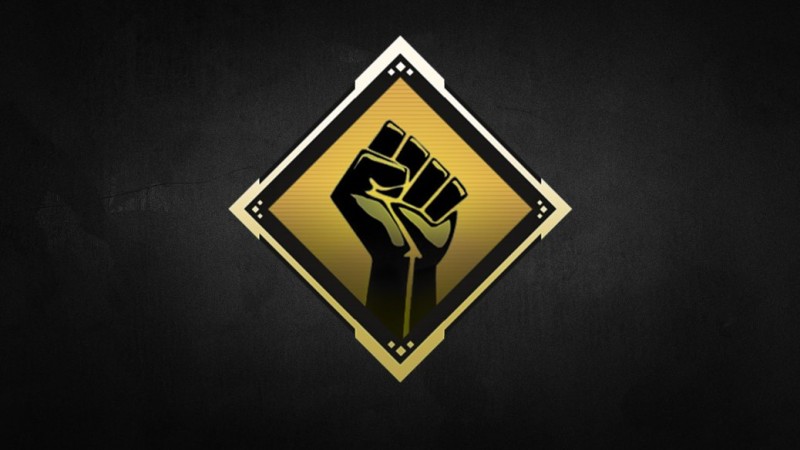 Black History Month is here and, yesterday, Respawn Entertainment announced that it stands in solidarity with BLM, a movement dedicated to protecting, celebrating, and advocating for blackness.

A new playercard badge was given out to Apex Legends players showcasing the raised fist symbol, which epitomizes Black pride and unity. As a black man and avid Apex Legends player, I can’t wait to equip the badge myself. You can see the tweet below:

In celebration of Black History Month, we’re granting all players a Black Lives Matter badge at 8pm PT. It’s a small reminder that we must always stand in solidarity with our Black colleagues, partners, family, friends, & players in the fight against racism and social injustice. pic.twitter.com/bIIbcXg3Dr

Additionally, today marks the 2-year anniversary of Apex Legends. With narrative roots stemming from the Titanfall series and revolutionary gameplay mechanics (remember what it felt like to ping something the first time you dropped into Kings Canyon?), Apex Legends cemented itself as a nuanced and engaging competitive FPS back when it first launched in 2019. The game continues to find unprecedented success even now. Apex Legends’ highly anticipated anniversary event is just around the bend and promises new cosmetics and a fan-favorite limited time mode.

Each legend gets a new anniversary-themed skin, a plethora of weapons will be recolored, and players will be given two event packs and ten apex packs free-of-charge. The limited time mode, “Locked and Loaded” is all about taking engagements as soon as possible. Players enter the map with a kitted weapon, evo gear, and a small collection of consumables so that the looting phase at the beginning of the match is virtually nonexistent. You’ll have to watch your back and be quick on your toes so that you don’t die as soon as you land.

Season 8 is already underway with a new character and an altered Kings Canyon. Additionally, Apex Legends is coming to Nintendo Switch in March so that you can claim your champion status on the go.

Activision says that new remastered content will be revealed this year