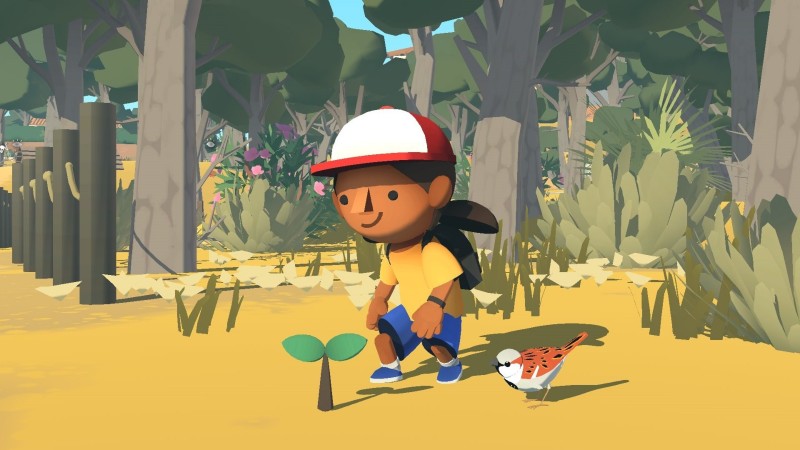 Here’s some good news on a Friday. Alba: A Wildlife Adventure, Ustwo’s wonderful game about conservation, has helped do some real-life good. Thanks to a campaign by the studio to plant one tree for every download of the game, the result has been over 450,000 new trees planted.

The campaign is a partnership between Ustwo and Ecologi, a website focused on tackling climate change by planting trees, which helps reduce greenhouse gasses in the atmosphere. Paid members sign up to have Ecologi plant a number of trees based on their subscription tier, thus having their own forest. Ustwo created Alba’s Forest, which currently has 465,060 trees planted in forests across Madagascar, Mozambique, and Nicaragua. Besides offering a nice barometer for how the game is performing sales wise, it’s always cool to see a purchase have a positive side effect.

If you haven’t played or heard of Alba: A Wildlife Adventure, the charming game stars a young girl named Alba who tries to prevent the construction of a resort on a scenic Mediterranean island. As I said in my review “ Alba: A Wildlife Adventure reminds players that happiness can be found in supporting worthy causes bigger than yourself. It feels nice to play a game about actively improving the world, and it does so with skill and charm instead of cringe. It’s the video game equivalent of sneaking vegetables into a tasty smoothie. This is one good deed that shouldn’t go unrewarded.” You can check out the game by watching this episode of New Gameplay Today.